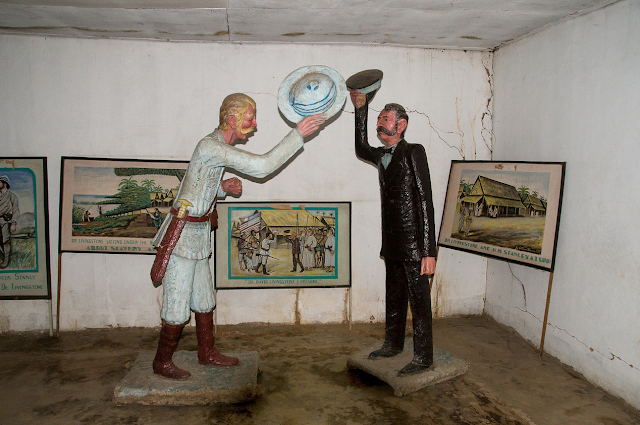 The next time you're in Ujiji be sure to visit the David Livingstone Museum.

It tells the famous tale of Stanley meeting Livingstone,  the British explorer thought to be missing, for whom he was sent out to search. For the story see the excerpt from Eyewitness to History  below, and for a more detailed version, check out Eyewitness' site.

From Eyewitness to History:


In 1864 British explorer David Livingstone mounted an expedition through the central portion of the African continent with the objective of discovering the source of the Nile River. As months stretched into years, little was heard from the him. Rumors spread that Livingstone was being held captive or was lost or dead. Newspapers headlined the question "Where is Livingstone?" while the public clamored for information on the whereabouts of their national hero. By 1871, the ruckus had crossed to the shores of America and inspired George Bennett, publisher of the New York Herald, to commission newspaper reporter Henry Stanley to find Livingstone.

Henry Stanley was a remarkable man. Orphaned at an early age he spent his formative years in a workhouse in Wales, crossed the Atlantic at age 15 as a crewman of a merchant ship and jumped ship in New Orleans. Befriended by a local merchant, he took the man's name - Henry Stanley - as his own and went on to fight in the Civil War before working his way into a career in journalism.  Leading an expedition of approximately 200 men, Stanley headed into the interior from the eastern shore of Africa on March 21, 1871. After nearly eight months he found Livingstone in Ujiji, a small village on the shore of Lake Tanganyika on November 10, 1871.


Leading an expedition of approximately 200 men, Stanley headed into the interior from the eastern shore of Africa on March 21, 1871. After nearly eight months he found Livingstone in Ujiji, a small village on the shore of Lake Tanganyika on November 10, 1871. 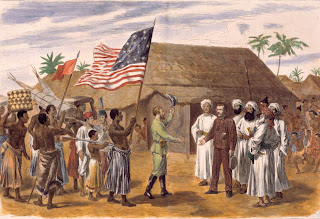 I find this to be a fascinating subject, and I am presently reading an engaging book on the mid-Victorian era exploration of Africa. The book is Explorers of the Nile by Tim Jeal.  Described as brilliant and scholarly by the New York Times, the book presents the story with fresh information based on newly discovered documents. 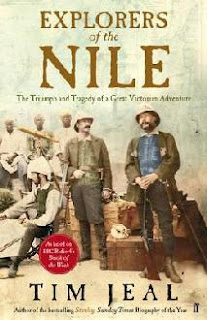 I am told that an excellent film about Burton's and Speke's travels in Africa is Mountains of The Moon (1990).  I haven't seen it yet, but I've heard that its become something of a cult film. 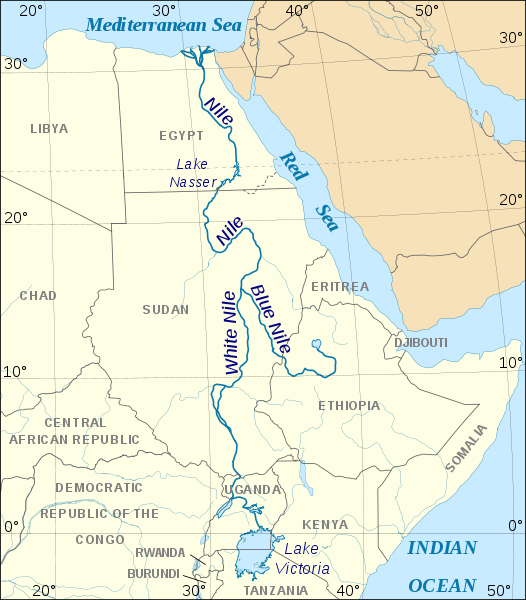 John Hanning Speke is credited with discovering the source of the Nile, Lake Victoria (actually there are a few feeder rivers that flow into Victoria, so some consider the actual sources to be these small rivers that start in  in Rwanda or Burundi).   Speke's claim was disputed by Richard Burton, with whom he was travelling, and who was too ill to join on the part of the trip where the discovery was made.  Jeal's book casts Burton (I think appropriately so) as being very much a fame seeker who spent a lot of time disparaging Speke and his claim  (although there is now evidence that Burton privately believed the claim was in fact correct).  At the time of Speke's death, the matter was still disputed, however he was eventually proved right by Henry Morton Stanley in 1875.

You will see on the map above that the Nile has two branches - the White and the Blue, that join near Khartoum (Sudan).   Lake Victoria is considered to be source of the White Nile.  The source of the Blue Nile is Lake Tana in Ethiopia.


Finding the source of this river may not seem like a big deal today but at the time it was a huge unknown. It mattered greatly to the civilizations like the Egyptians who depended on its life giving waters.  For years they feared the river would suddenly run dry.  Locating and understanding the source would have put an end to their worries.  For  the Europeans, the motive was more about discovery and adventure  (and later about territory and profits).

Some of the explorers of Africa 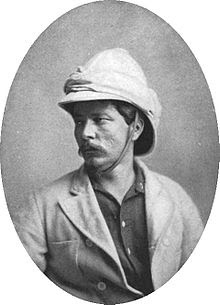 Henry Morton Stanley (who was born John Rowlands) who was sent out to find Livingstone. He is said to have uttered "Dr. Livingstone I presume"  He also confirmed John Hanning Speke's opinion of the Nile's source. 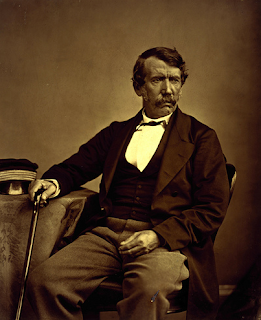 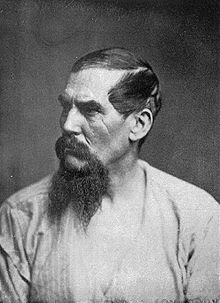 Captain Richard Burton - known for his explorations in Africa and Asia.  He and Speke had a falling out after Speke claimed (correctly as it was eventually proven) to have discovered the source of the Nile.  Speke, and not Burton, was invited by the Royal Geographic Society to return to Africa in 1860 to lead another expedition to the Nile's source.  One leaves Jeal's book with the clear sense that Burton selfishly manipulated the truth, and fabricated stories, to disparage Speke, particularly after Speke's premature death, when he could not defend himself. 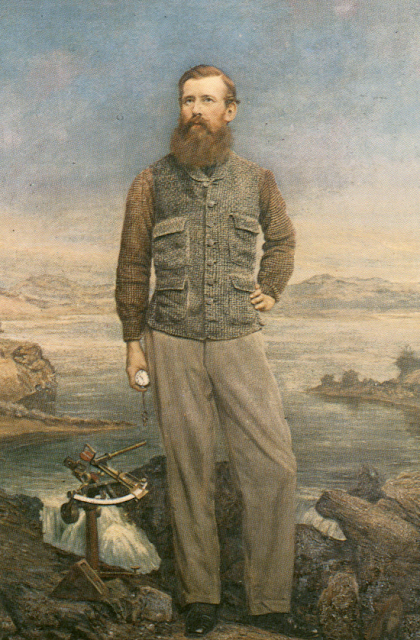 John Hanning Speke. He found the source of the Nile but died before his claim could be proven to be correct.  On the night before he was to publicly debate Burton about the source of the Nile (about which there was considerable controversy) in Bath, England, Speke was killed in a hunting accident.  It seems that his shotgun was accidentally discharged when he was attempting to climb over a fence. 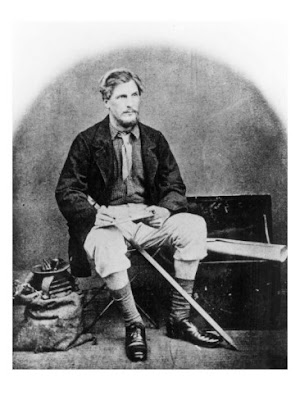 Captain James Augustus Grant.  He accompanied Speke on his second expedition to Africa in 1860.  Speke had planned to take his own brother, but after writing to him and not having heard back, he learned of Edward Speke's unfortunate death in India where he was serving as a soldier.  Grant proved to be a good and reliable expedition companion. 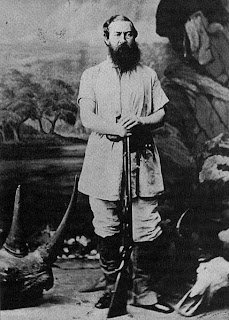 Samuel Baker fell in love with and bought Florence in a white slave auction (in the Balkans) and took her with him to Africa, where she proved to be a worthy and for he most part, sturdy companion.  However, at one point the 19 year old woman was so sick that a grieving Baker had his men dig her grave.  Fortunately she recovered, and upon their return to England, they quickly had a fast, secret wedding, so he could present her as his wife, which he did at a Royal Geographic Society, where he formally introduced her.  Victorian society (and his young daughters who recently lost their mother, Baker's first wife) would have disapproved had they know the couple travellied together unmarried.  Both the public and the RGS were taken with Baker and  Florence and he was soon knighted. 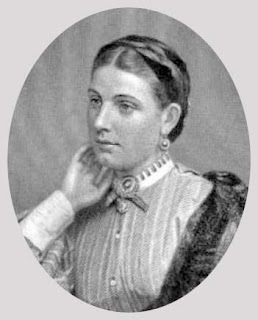 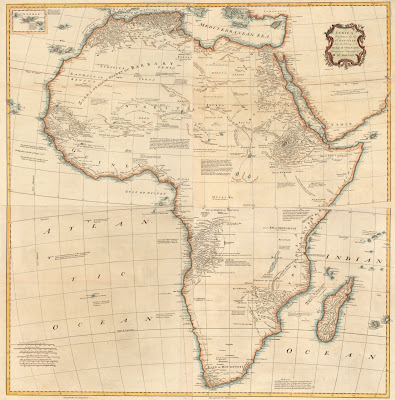 
Princeton University has an excellent exhibition that can be seen on line where you can see maps, photos and a timeline:

On a related topic, readers may like to check out a previous post on British Campaign Furniture. 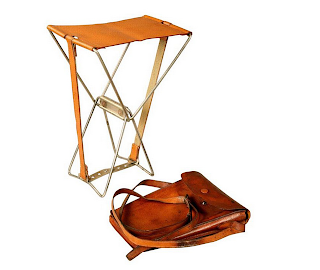