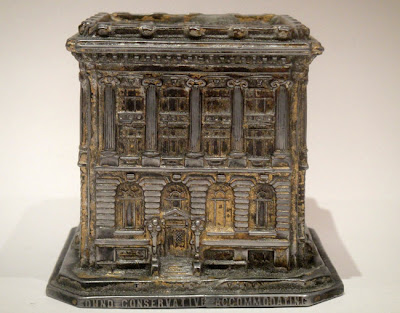 This was in the October 20th, 2011 edition of the New York Times.  Someone bought this lead bank on Ebay and wanted to have it identified.  He was told that in 1902  it was the headquarters of the State Bank at 374 Grand Street, near Norfolk Street.  Read about it here. 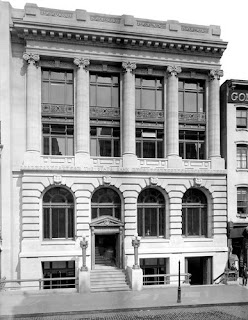 After poring the above I found some very beaiutifule model banks so thought I'd share with an update to an existing post. 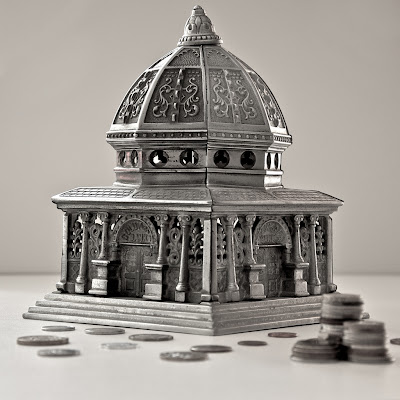 From a private collection in Chicago 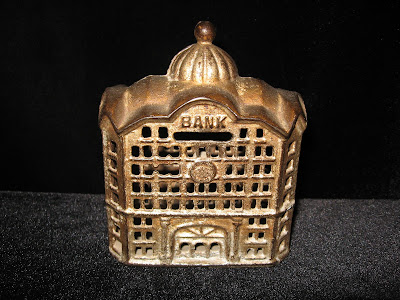