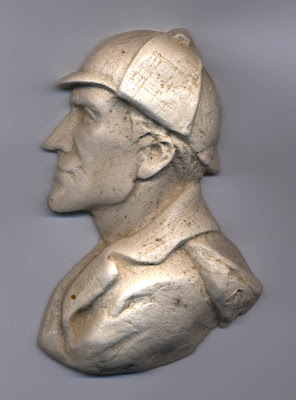 Saw this in job posting by the Sherlock Holmes Museum, one of my favorites, in London.  The caption says its the Paget Bust.  This of course refers to the illustrator of the original stories published in the Strand Magazine, Sydney Paget.  It is popularly believed that Paget based his concept of Holmes on his brother Walter (although Paget denied this).  In any event, it is curious that Basil Rathbone, who later played Holmes in film, bore a remarkable resemblance to Paget's creation. 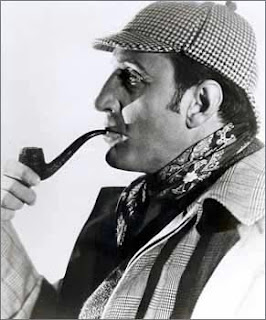