There is a great exhibit at the Jewish Museum (Fifth Avenue and 92nd Street) called Houdini: Art and Magic.  It's on until the end of March and I highly recommend it.   There are great artifacts used by Houdini, but also art inspired by him, including an installation piece with live birds.   The exhibition book is excellent too.  It has most of the items from the exhibit, as well as several good essays on Houdini.  You can get it from Amazon or from the Jewish Museum.

Houdini was exceptional for his ambition.  In addition to being a magician, he was known as an escape artisits, a de-bunker of fradulent spiritualists, a writer, an aviator, and an actor.


If this topic interest you, you may also want to see a the postings I did back in October on the beauty of vintage magic paraphernalia and on the Taschen's large format book, Magic 1400-1950's. 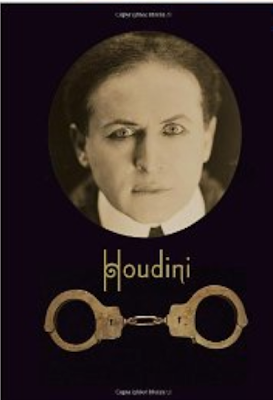 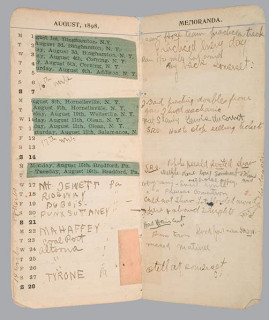 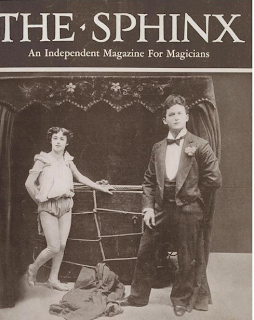 Early shot of Bess and Harry Houdini with their famous Metamorphosis Trunk. 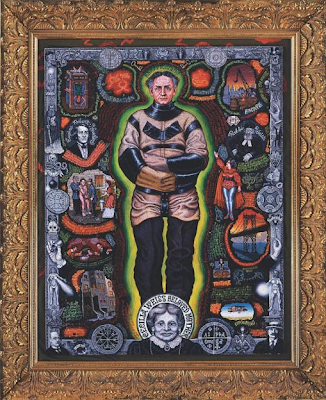 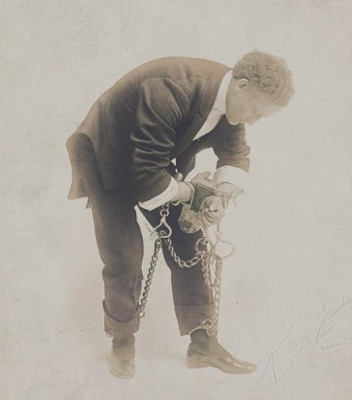 For a while, he was called "The Handcuff King"


Here are more items of interest on the topics of magic and illusion: 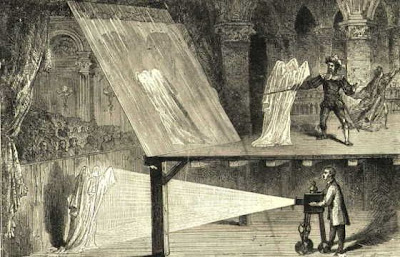 Pepper's Ghost
John Henry Pepper, of The Royal Polytechnic (a permanent science-related fair, first opened in 1838) modified an existing design to create the illusion of a ghost on stage.  The first time it was used was in a performance of Charles Dickens's The Haunting, in London.
Robert Houdin
Jean Eugène Robert-Houdin (December 7, 1805 – June 13, 1871) was a French magician. He is widely considered the father of the modern style of conjuring. (From Wikipedia)
Houdin was a great influence on many magicians that came after him.  Erik Weisz was so influenced that he changed his name to a modification of Houdin's:   Harry Houdini.
click photos to enlarge 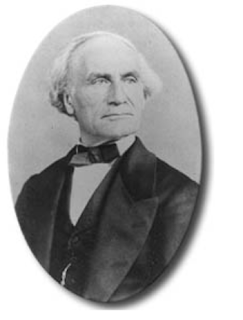 Houdin developed the famous Orange Tree Illusion, where full oranges appeared to grow from a tree in front of the eyes of the audience.  Houdin would then cut them open and toss some to the audience to show that they were real.  Here's a picture of Ed Norton performing it in The Illusionist.
Spiritualism: 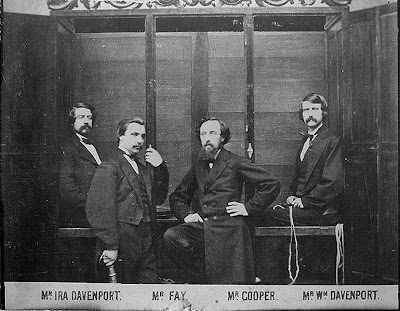 The Davenport Brothers and their Spirit Box
(from Wikipedia)
The Davenport Brothers (Ira Erastus Davenport (September 17, 1839–1911)[1] and William Henry Davenport (February 1, 1841–July 1877) were magicians from Buffalo, New York.  During the beginning of the Spiritualist movement, they toured the country with a performance called the Box Illusion.  The brothers were tied inside a box which contained musical instruments. Once the box was closed, the instruments would sound. Upon opening the box, the brothers were tied in the positions in which they had started the illusion. Those who witnessed the effect were made to believe supernatural forces had caused the trick to work. 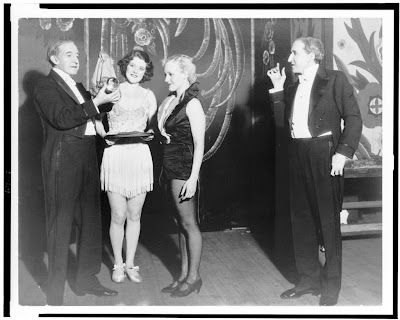 Howard Thurston (July 20, 1869 – April 13, 1936) was a stage magician from Columbus Ohio.  He was known as the "King of Cards".  I am not sure whether this photograph was done with a double exposure, or, as some have suggested, done with a stand-in look a like.  (My guess is the former). 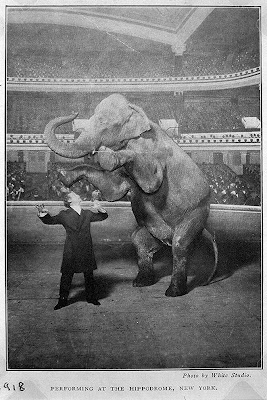 Harry Houdini in the Hippodrome (New York City), with the elephant he used for his Hide the Elephant illusion.  In addition to performing magic and escape feats, Houdini was active in exposing supposed mediums.  He was  a good friend (and later) an adversary of Sir Arthur Conan Doyle.  Doyle, the writer of the Sherlock Holmes stories, and a man of reason, turned to spiritualism in his later years, after his son died in the war.  This caused friction with Houdini.  Houdini (after his mother died), wanted to believe, but  found no compelling evidence to do so, and he devoted his energy to debunking the spiritualist frauds.
Chung Ling Soo
This is genuinely fascinating.    Chung Ling Soo was known as the  "Original Chinese  Conjurer"  He performed for years in this name, and his true identity, William Ellsworth Robinson (1861-1918) was only revealed to the public when he died during the performance of a bullet catching trick. 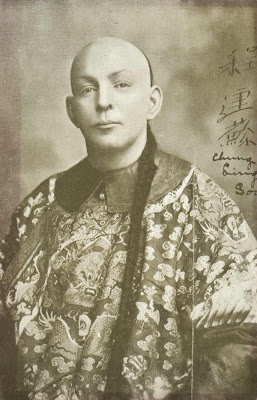 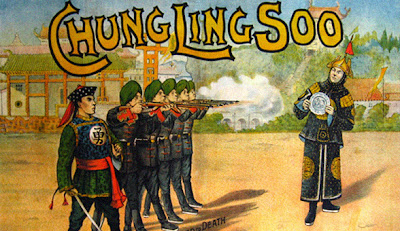 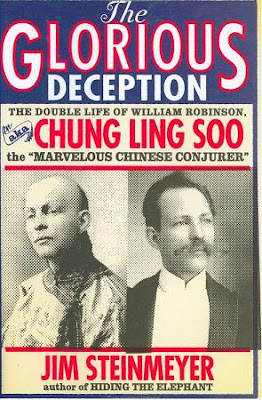 A book about the life of Chung Ling Soo was written by Jim Steinmeyer.  He is an excellent historian of magic.  Two of his more well known books are  Hiding The Elephant, and Art and Artiface.  He is also one of the authors of the Taschen Magic book, referenced in a previous post.