The beauty of vintage magic parapharnalia

I am fascinated with vintage magic paraphernalia because they are both aesthetically appealing and functional - they facilitate illusion.  I like the dark woods, the deep rich red velvets and silks,  the polished metals and the muted- color printed playing cards.  It all reminds me of a dark Victorian theater - like those in which these illusions might have been performed.   These clever devices are nice to see, but they are even more interesting because they enable illusion.  In some cases they are not what they appear to be, and in others, they may have hidden chambers, fake parts, or false walls.

Here are some beautiful objects and photographs (from the web) and a Japanese illusion box that was given to me recently (owned by a late cousin of mine, who was an artist and magician). 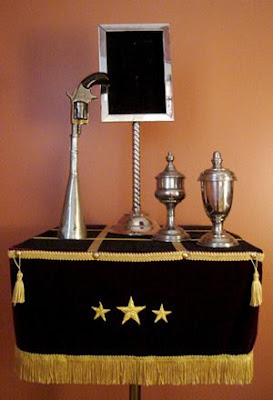 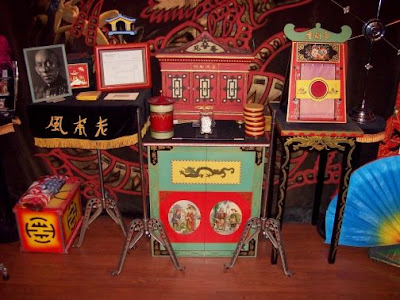 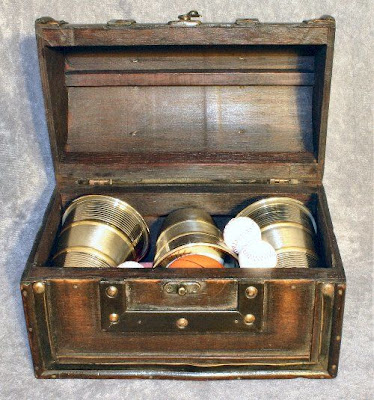 The Cups and Balls is one of the oldest magic routines in existence, believed to date back to Roman Times.   There is a whole museum in Texas (real and virtual) devoted to the topic.  It has fine examples of the variety of designs that exist.  Cups and Balls Museum. 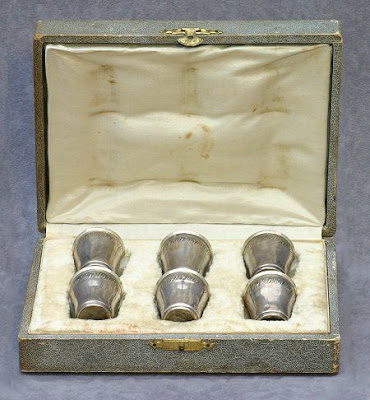 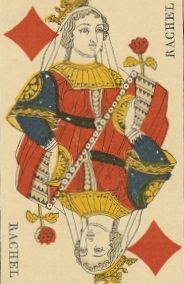 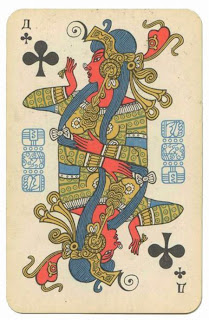 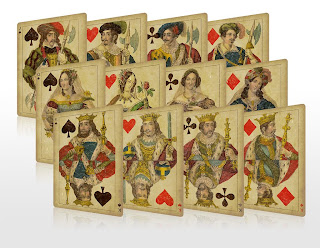 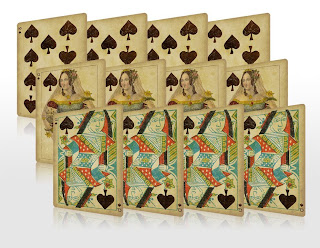 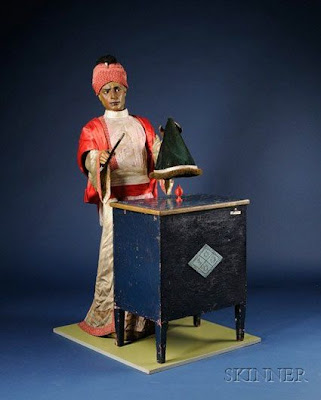 A atomaton of a magician.  There are versions of this piece in existence.  Typically the conjurer lifts the hat to either reveal or remove an object (usually more than one, depending on the complexity of the machine). 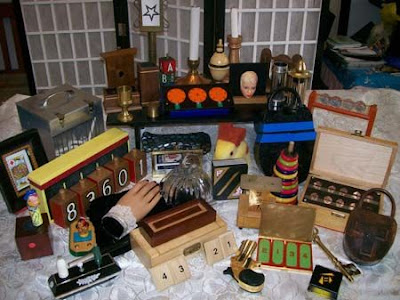 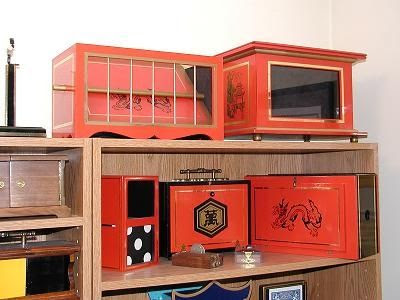 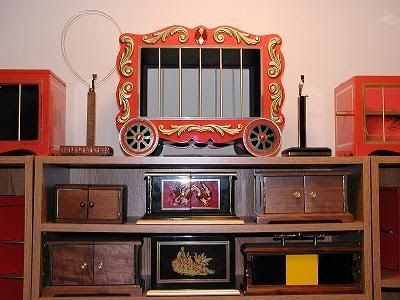 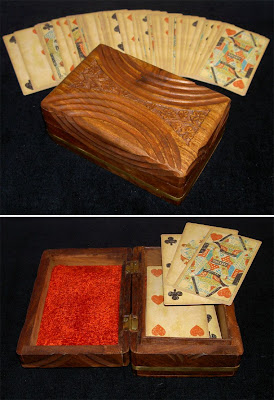 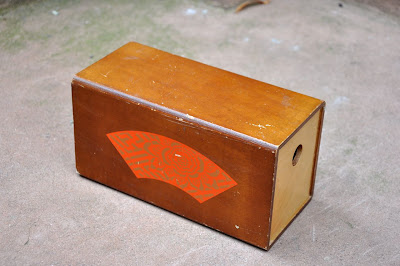 Photographs in this series: Tom Casesa
I consider this quite a find.  After taking it apart I discovered that it was made by Mikame Craft, which is still in business.  My guess is that it is from the 60s or 70s.  The box (the outer shell and the inside draw) allow the magician to make various objects appear, even after being examined and being found to be empty. 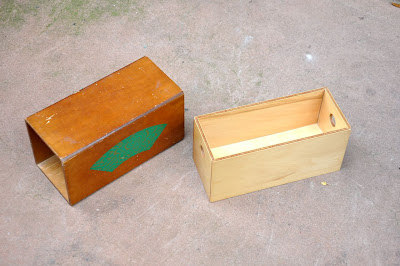 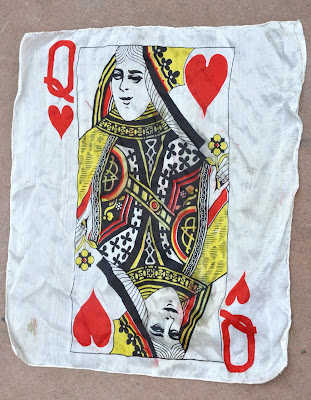 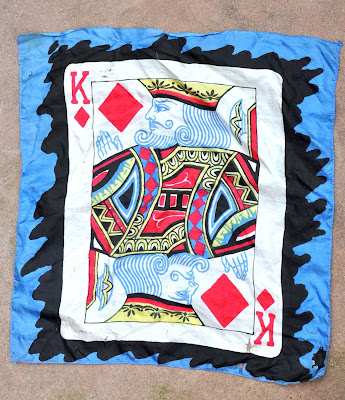 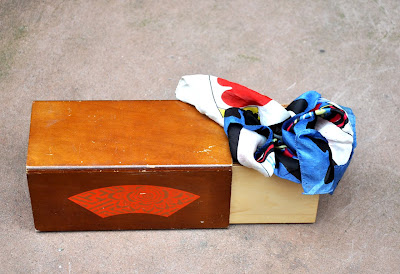 When I received the box, it contained to colorful, vintage silks representing playing cards - the Queen of Hearts, and the King of Diamonds.