Taschen published this amazing book on the history of Magic, "Magic, 400s-1950s".  Its a huge and beautiful book.  Its 670 pages contain brilliant illustrations and text in three languages (English, French and German).  Because it is a large format book, you can see small posters published in their original sizes.  The authors are known writers on the subject, and as such it is very engaging.   Amazon has it for $135.   Taschen's Magic, 1400-1950s, on Amazon.com 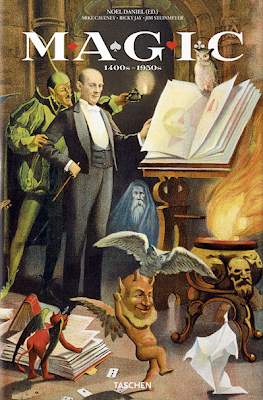 
A few pages from inside: 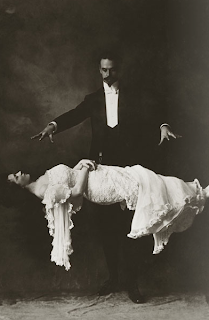 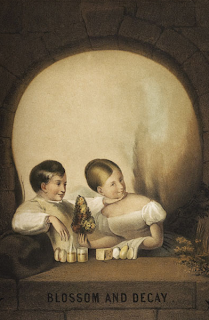 An early example of a well known optical illusion.  Is this an image of
two people, or is it a skull? 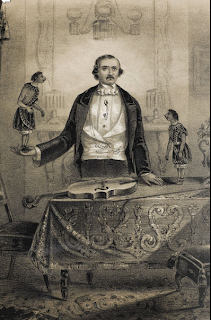 Robert-Houdin (1805-1871) is recognized as being the father of modern conjuring.  The Frenchman was known for working with complex automata (non electric mechanized machines) such as that used for the famous Orange Tree Illusion.   Eric Weisz was so inspired by this magician, he changed his name to Harry Houdini.