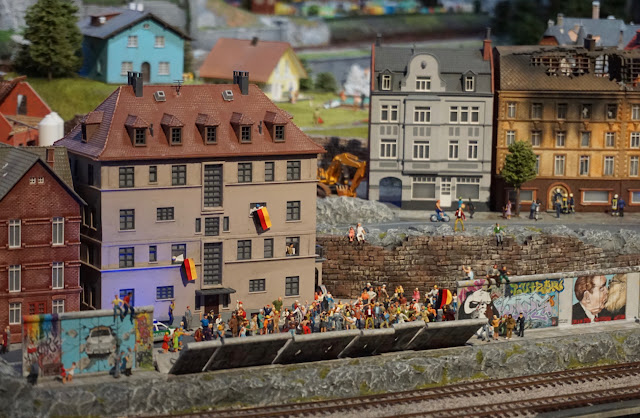 If you are in New York City any time soon, put visiting Gulliver's Gate, on your list of sights to see. The designers have created an amazing miniature world spanning the entire globe. You will be impressed - not just with the buildings and landscapes, but also with the small details - the scenes that are going on, what the people are doing. Additionally, the moods are set with music and audio tracks and varied lighting (the scenes rotate from day to night time creating entirely different vibes). There are both interesting and humorous surprises, like the gang from Scooby Doo hanging out near a haunted house ("Scooby Doo, Where are You?"). Here are a few shots from the exhibit. Enjoy your visit! 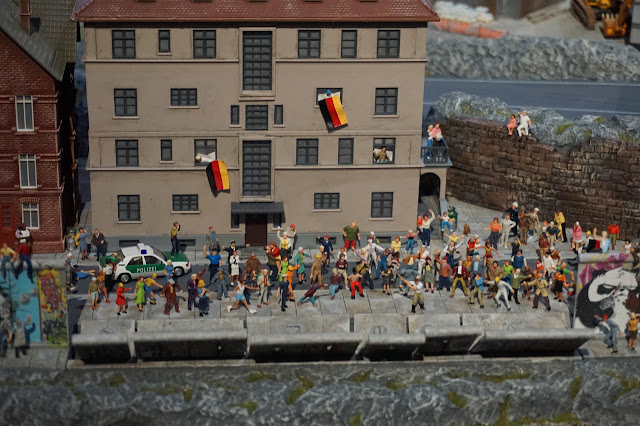 The pulling down of the Berlin Wall, complete with cheering crowds 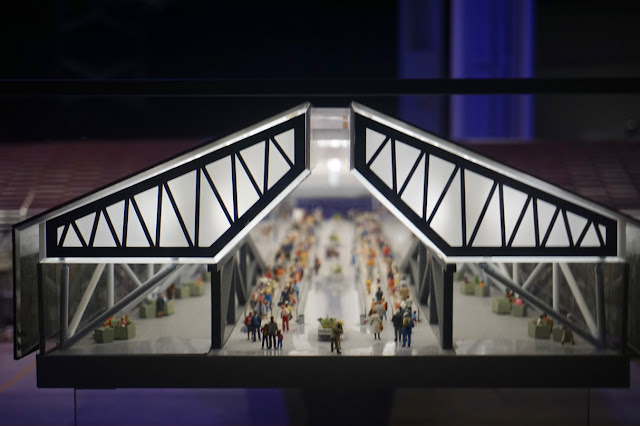 An Airport terminal at the newest exhibit which also features planes taking off and landing. 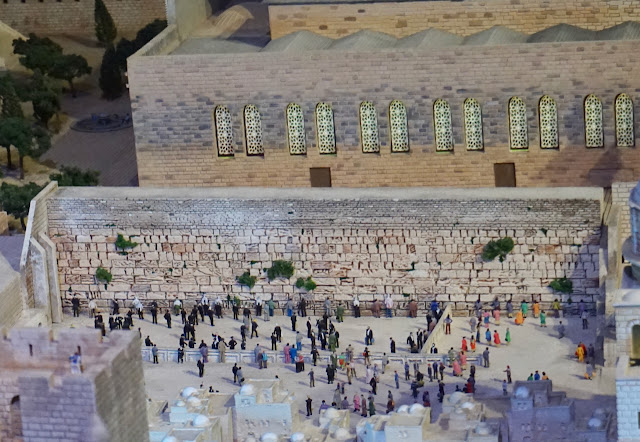 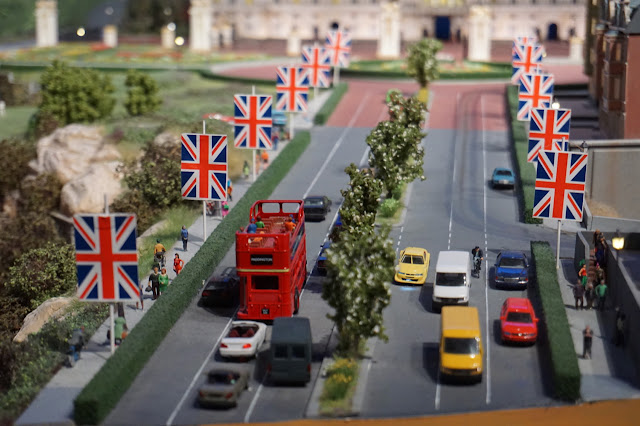 The Mall in front of Buckingham Palace, London. 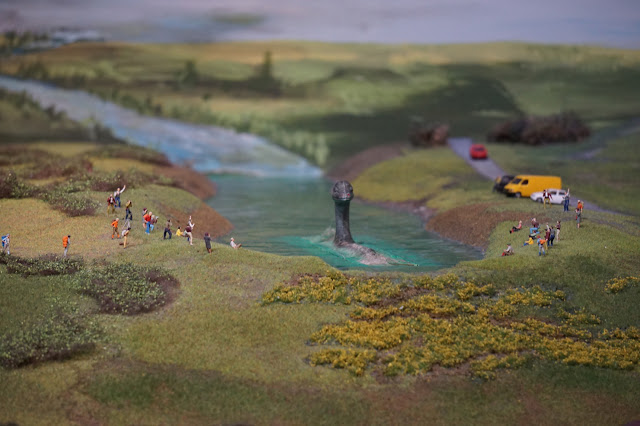 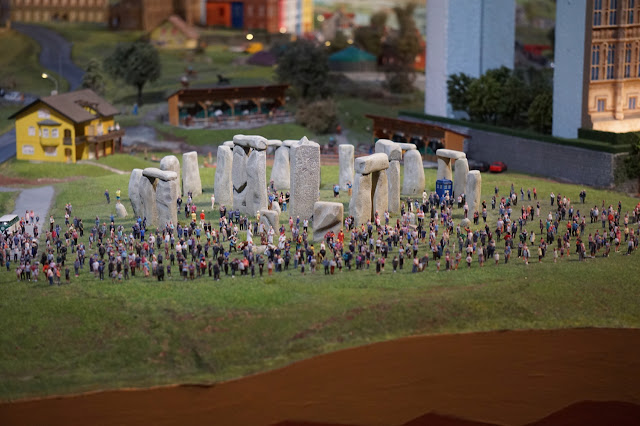 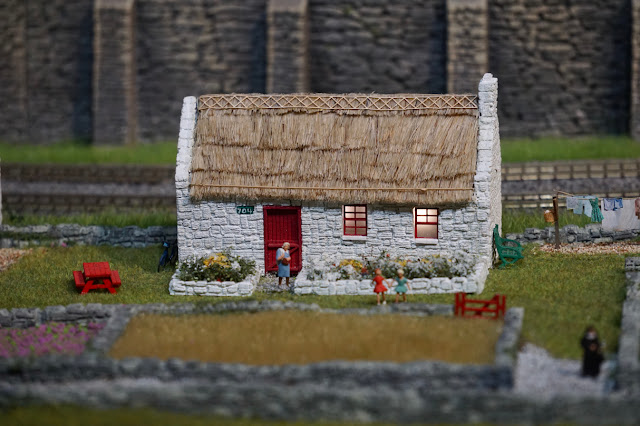 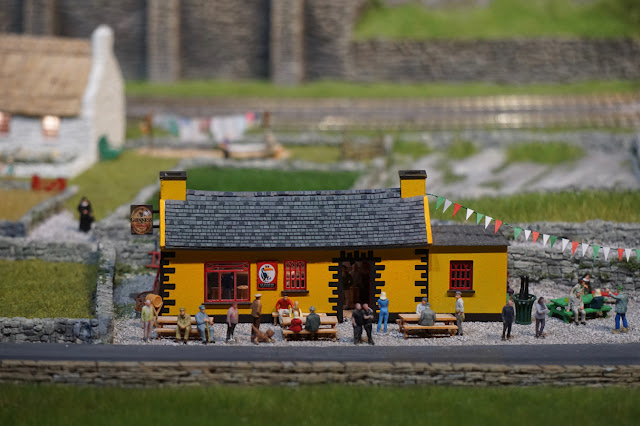 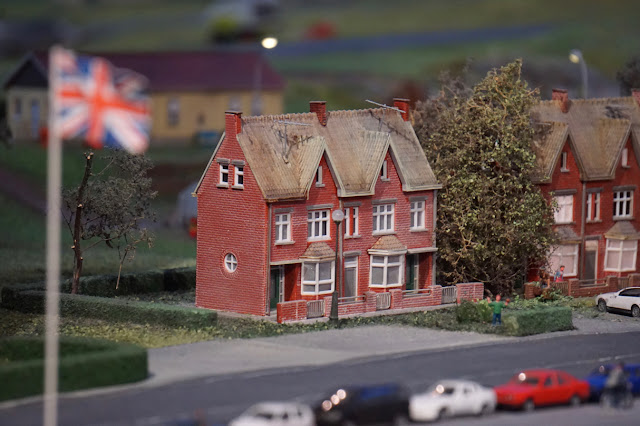 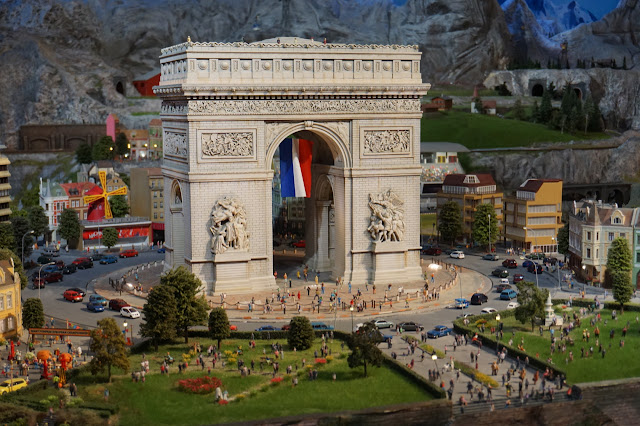 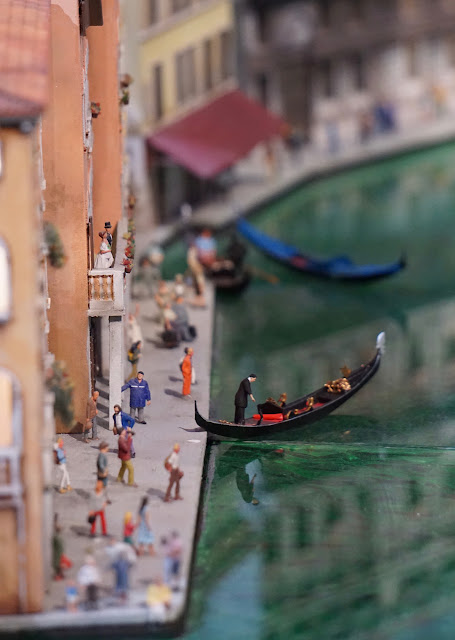 A couple enjoying a gondola ride in magical Venice 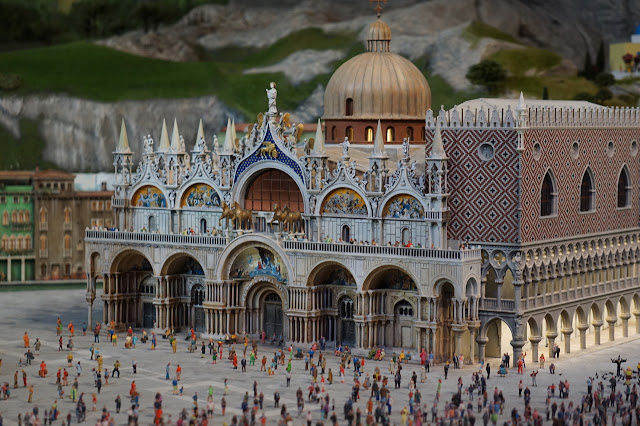 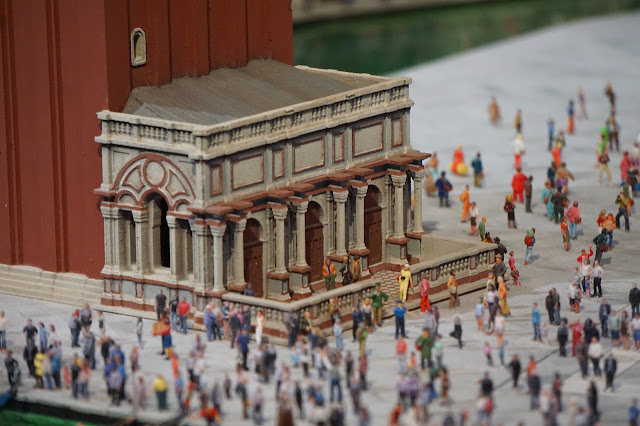 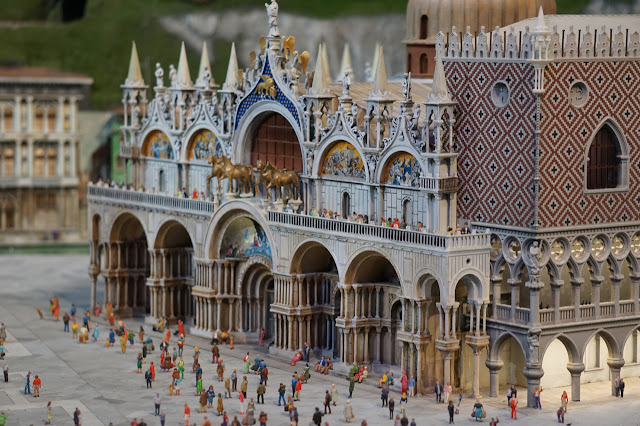 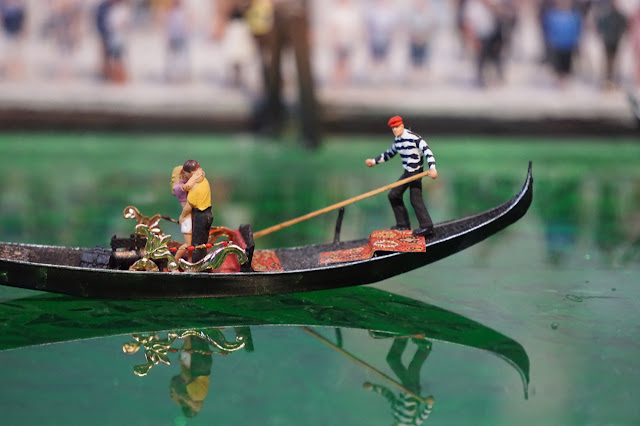 Keep an eye on this couple with the yellow and pink shirts kissing. They make another appearance on their awesome holiday. 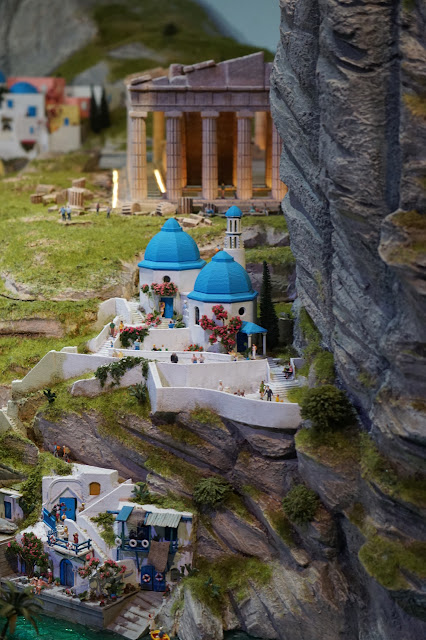 Greek Villas with The Acropolis in the background 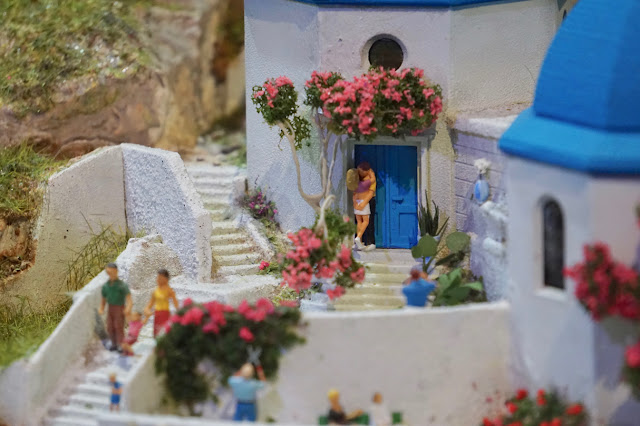 Here's the couple from the gondola two photos up. Looks like they made their way to Greece. Pretty nice vacation. 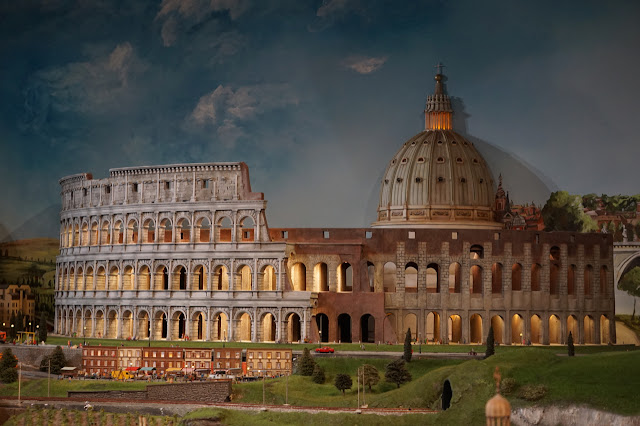 Roma: The Colosseum with St. Peter's Dome in the background 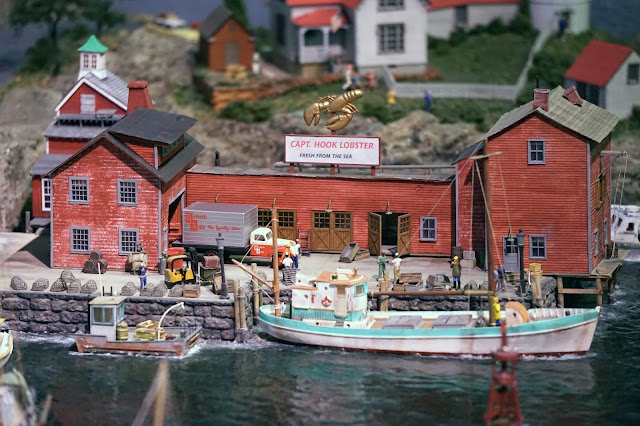 New England, US and A (quoting Borat) 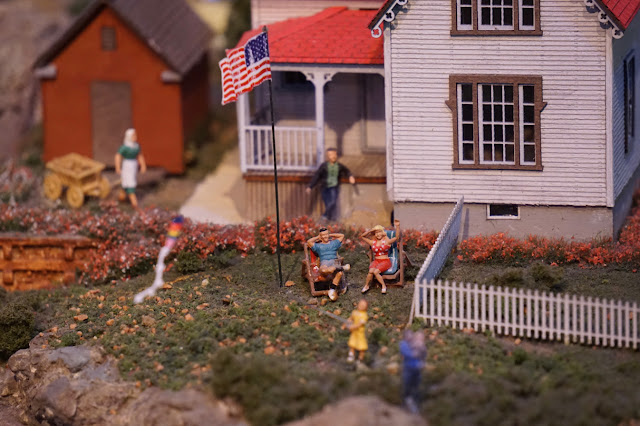 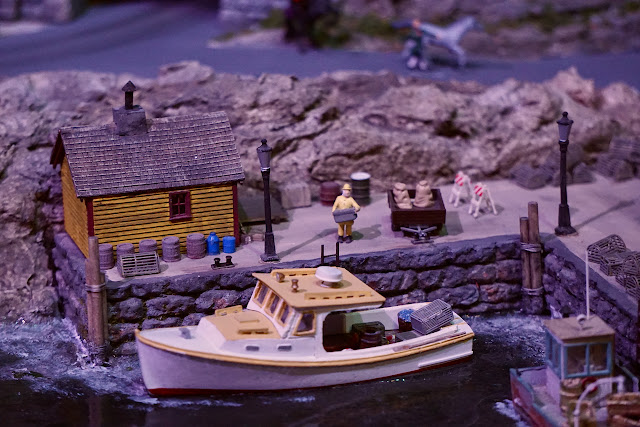 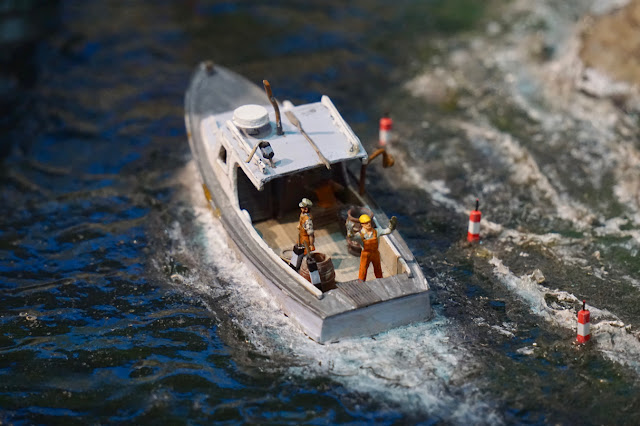 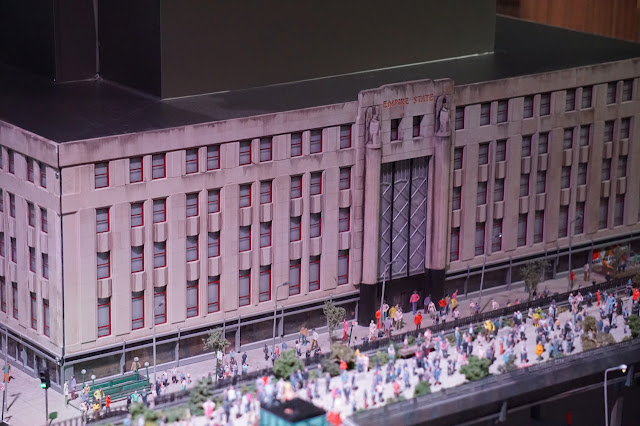 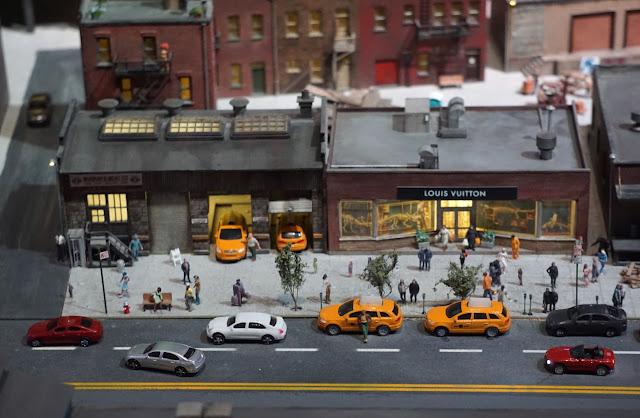 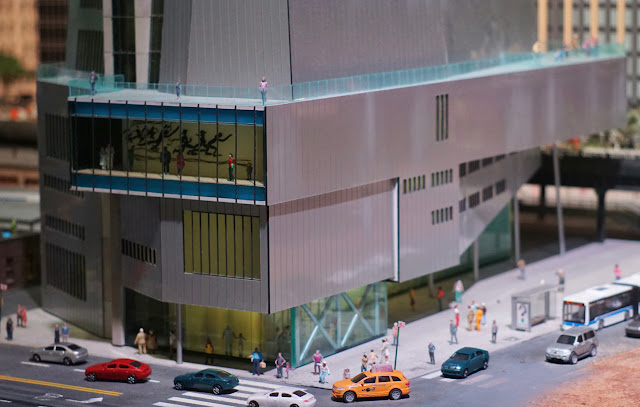 The Whitney Museum, now in downtown 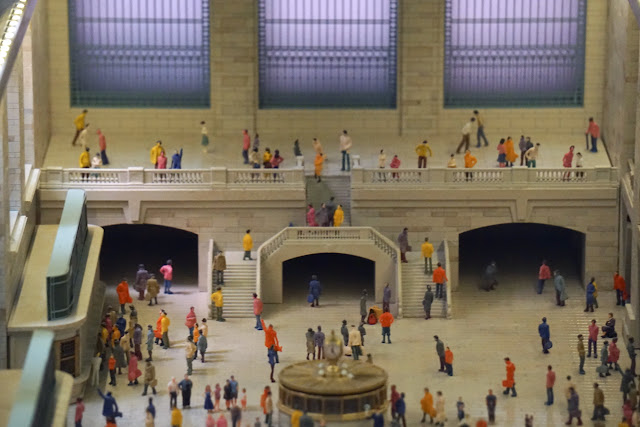 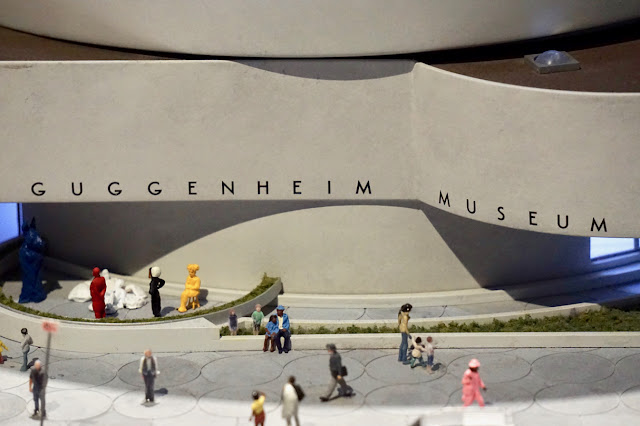 People gather at the Guggenheim Museum