Celebs in the Village 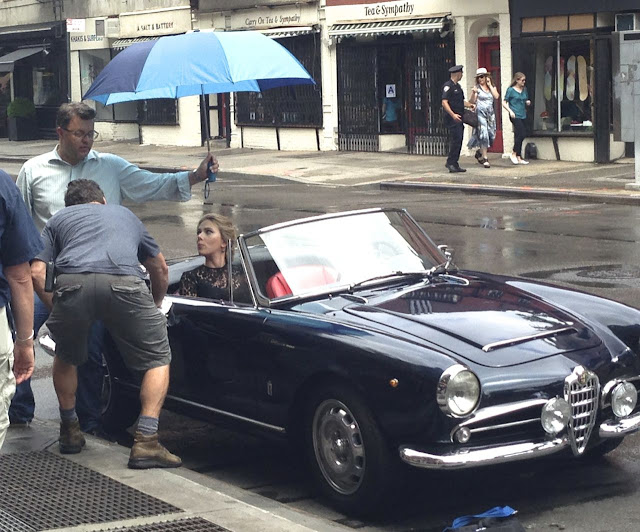 Scarlett Johansson in the Alfa Romeo

This took place on the corner of Greenwich Avenue and Jane Street where a violent incident occurred several hours earlier (explained below).   Lots of drama on that corner. 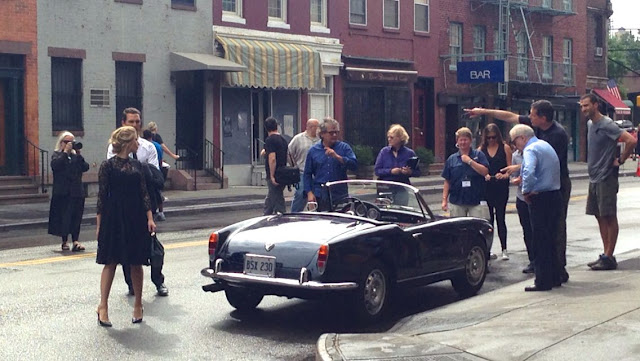 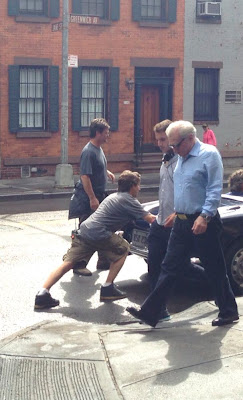 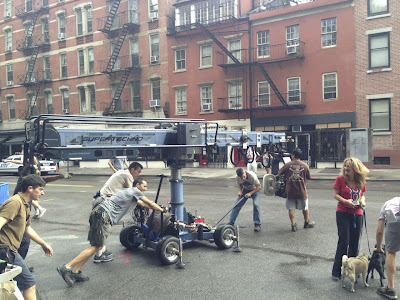 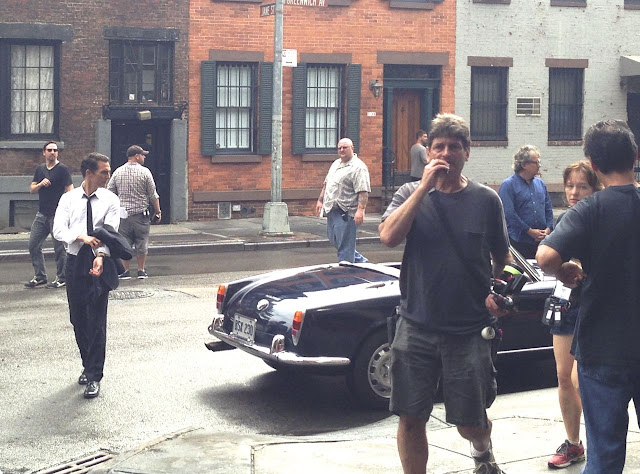 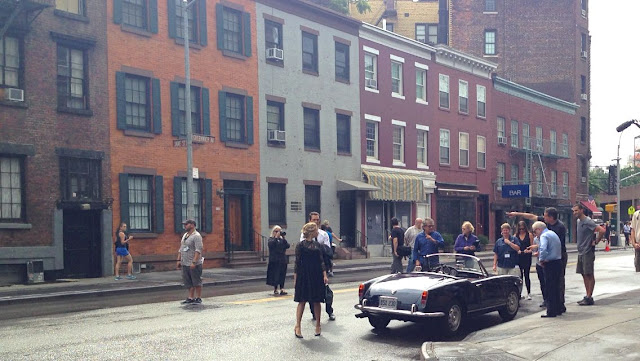 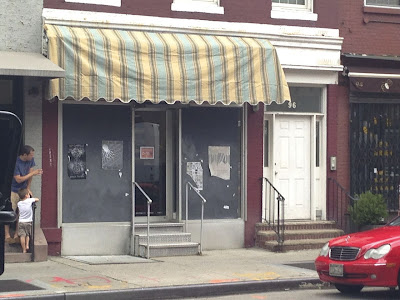 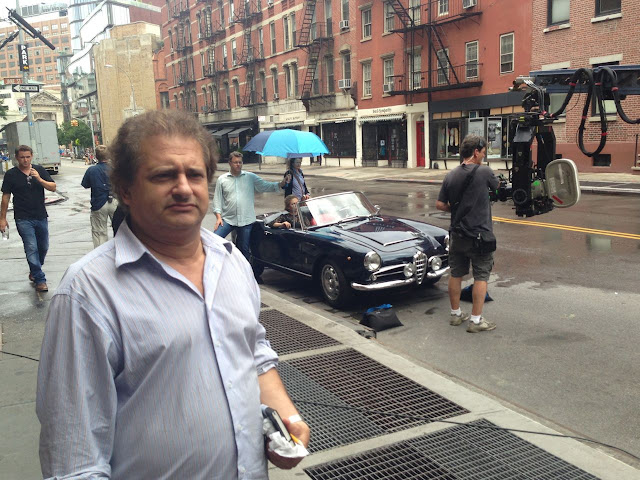 Resident artist and polemist Glazman stopped to chat up the crew.  He was coerced to pose for a snap with Johansson (who elected to remain in the car). 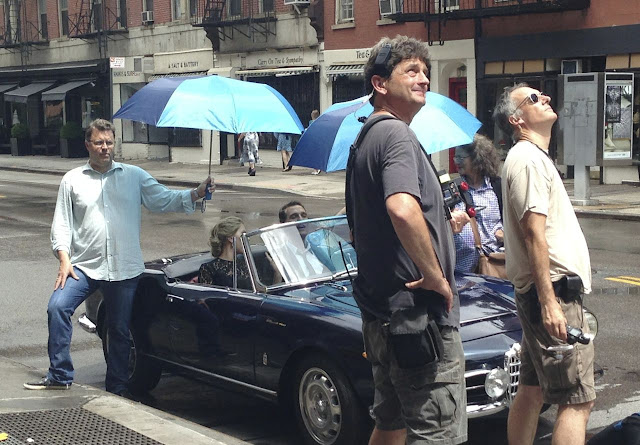 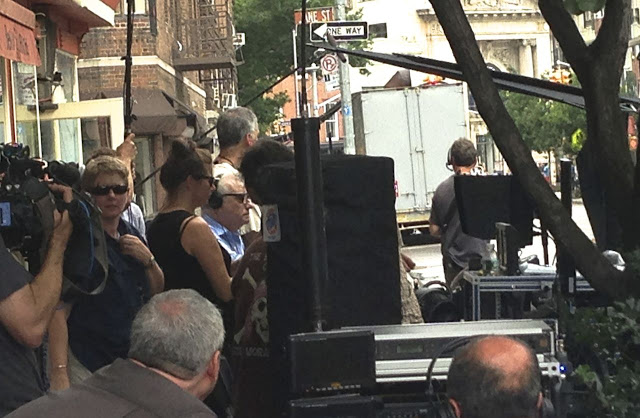 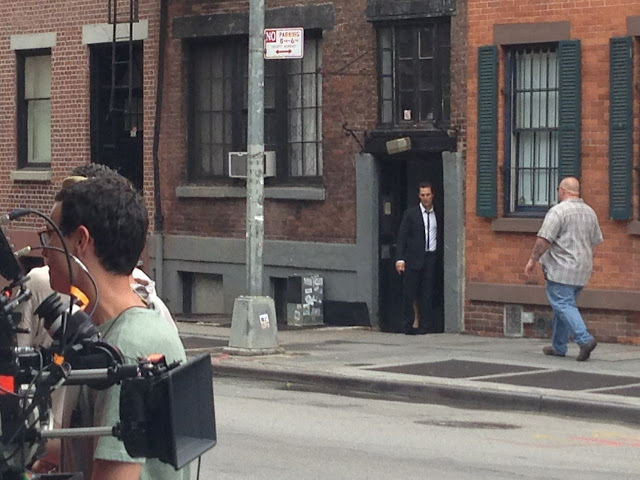 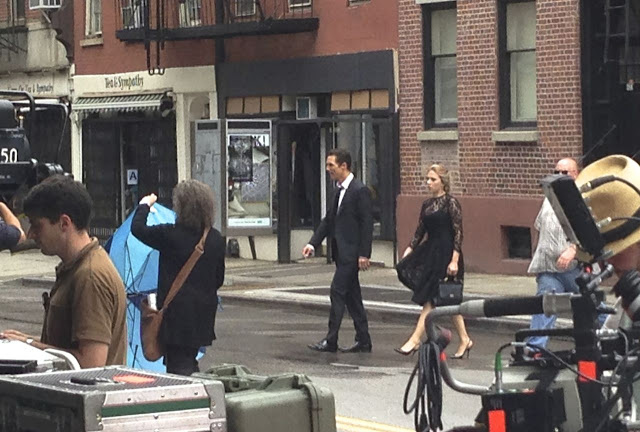 Several hours earlier there was a fight on the same spot, where a guy was knocked out cold.  Apparently a disgruntled Goldman Sachs employee who lost his job and wife, lashed out at some people who were dining at Benny's Burritos, resulting in an injury to his head.

Read More:   The GS fell to the floor and was knocked out. 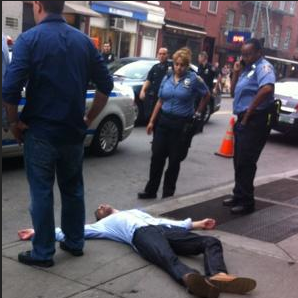 In the background you can see Flight 001, the travel gadget shop, with the blue awning.  Later on it was transformed for the commercial. 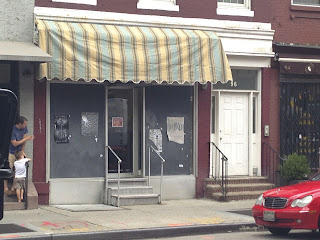 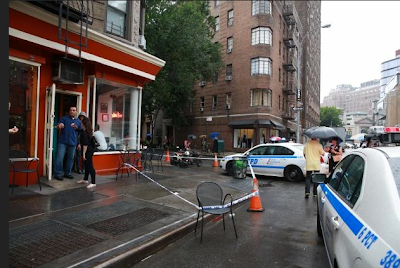