Our True Intent Is All For Your Delight - John Hinde photographs 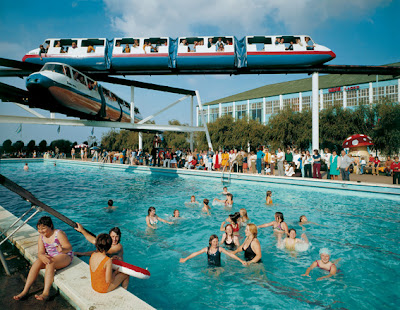 "Our True Intent Is All For Your Delight"

The phrase doesn't roll off the tongue but it may invoke nostalgic memories of vacations past for many in the UK.  It is the slogan for Butlin Holiday Camps and is also the name of a  book containing John Hinde's photographs.   As for why I like these images I don't think I can say it better than Martin Parr who wrote the book's introduction:

As with all Hinde images, they show an idealised view of the world and, after the passage of time, acquire the power of a lost dream. The most remarkable thing of all is that the cards were painstakingly produced not for an aspirational ideas or as great art, but as humble postcards to sell for a few pence to holidaymakers." - Martin Parr 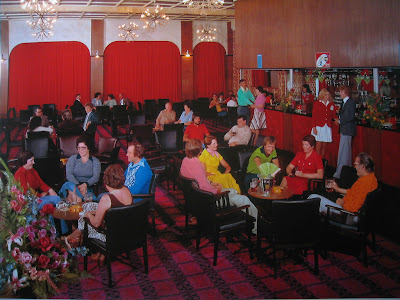 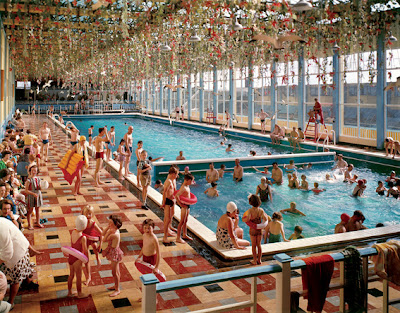 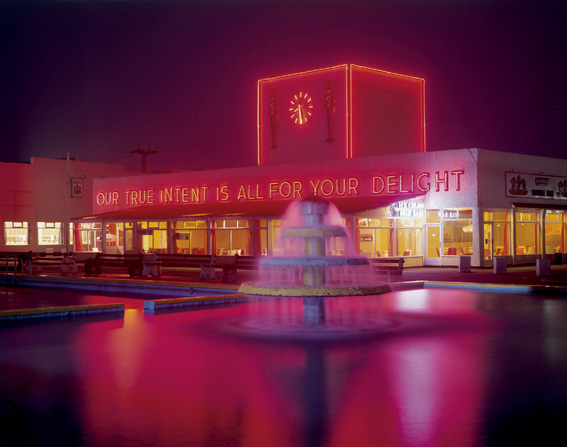 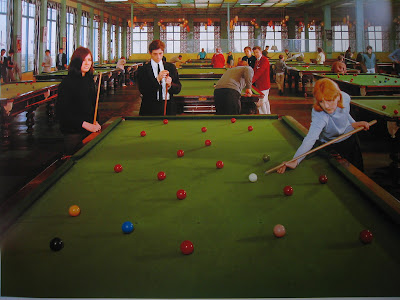 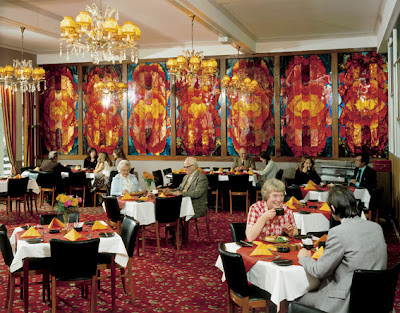 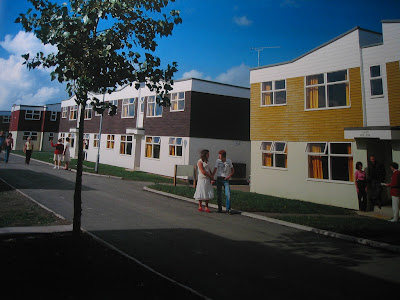 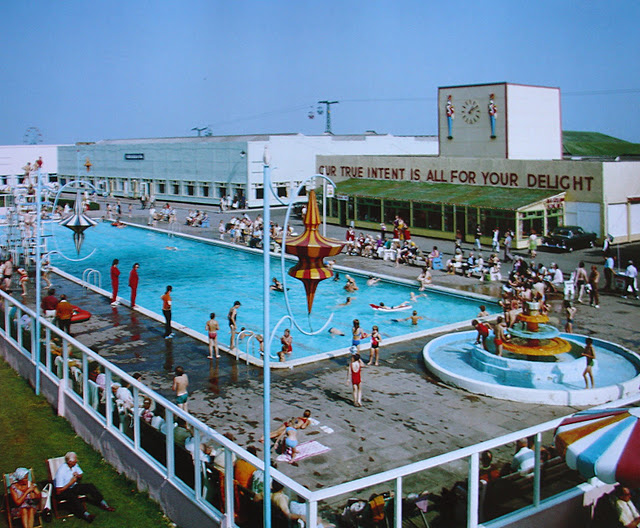 From Amazon: In the late 1960s and early 1970s, the John Hinde Studio, based in Dublin, produced a series of postcards to be sold at Butlin's holiday camps throughout the British Isles. Famous for their "hi-de-hi" catchphrase, redcoat hosts and bargain packages with all entertainment included, Butlin's annually hosted over a million holidaying Britons throughout the 1970s. It was the challenging job of two German (Elmar Ludwig and Edmund Nägele) and one British photographer (David Noble) to execute the photographs to Hinde's rigorous formula and standards. With innovative use of color and elaborate staging (the trademarks of a John Hinde postcard), each photograph is painstakingly produced, with often large casts of real holidaymakers acting their allocated roles in these narrative tableaux of the Butlin's quiet lounges, ballrooms and Beachcomber bars. Shot with large-format cameras and lit like a film set, these photographs were an extraordinary undertaking in their production values, and helped John Hinde become one of the most successful postcard publishers in the world. Most of the John Hinde Butlin's photographs have only ever been published as postcards. This new affordable edition of Our True Intent Is All For Your Delight, first published to critical acclaim and popular success in 2002, is published to mark the 75th anniversary of Butlins.