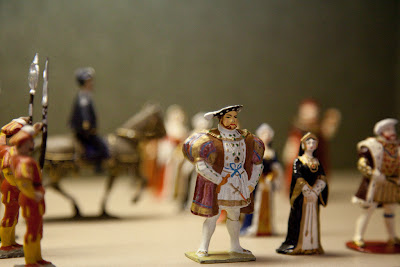 Anne S. K. Brown Military Collection is one of the largest research collections devoted to the history and iconography of soldiers and soldiering, from circa 1500 to 1945. Formerly a private collection, it was donated to the Brown University Library in 1981.

Ms. Brown's diorama of Count Rocmbeau landing at Newport in 178 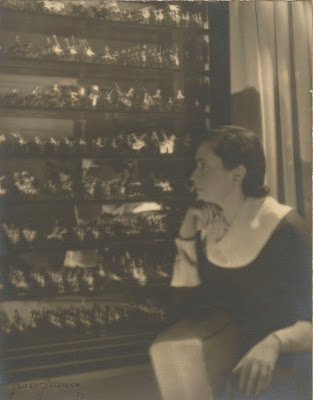 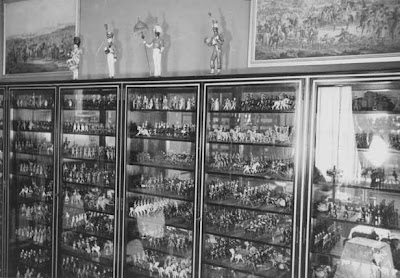 From the Brown University Library:


During her honeymoon to Europe in 1930, Mrs. Brown purchased a number of lead soldiers from toy shops in Germany, France and Britain with the intention of setting-up a display in one of the rooms of her new house on Benefit Street. The majority of these figures were made by the Britains, Heyde and Mignot companies. Further figures were acquired in the following years including a number specially commissioned by Mrs. Brown. When the collection came to Brown University in 1981-82, special cases were made to house the collection of over 5,000 figures. This now forms a permanent display on the third floor of the John Hay Library. The figures are in 96 cases marching from left to right with ancient Egyptians at the front up to Queen Elizabeth II. In additional are porcelain figurines and a collection of miniature soldiers made by Howard Willetts.


Among the items commissioned are a large group depicting units of United States Militia in the 1830's and 1840's modelled after Huddy and Duval plates in the United States Military Magazine published in Philadelphia between 1839 and 1842. A friendof Mrs. Brown's, Madame Metayer of Paris fabricated a fine collection of figures depicting units of Napoleon's army in addition to making a fine diorama of the landing of Count Rochambeau at Newport in 1781 which is on loan to the Newport Historical Society. Another item made for Mrs. Brown depicts a scene from Napoleon's retreat from Moscow in 1812, while a group of figures arming a cannon represent the Rhode Island Train of Artillery in 1775.


There are coronation coaches and state landaus, a Papal procession, various kings and queens ranging from Henry VIII and his six wives to Queen Elizabeth II in a police uniform. Generals Grant and Lee lead their respective armies, while Roman charioteers whip their horses. A ceramic Chinese funeral party carries a large sacophagus, while Medieval knights made by Courteney of England charge forward. Hospital waggons rumble along, while a British searchlight team scans the skies for enemy plains. Victor Emmanuel II and Mussolini lead their troops and Nazi brownshirts carry banners. There are camel units, elephant batteries, World War One French
bicycle troops, tanks and armored cars, and numerous cavalry troops.