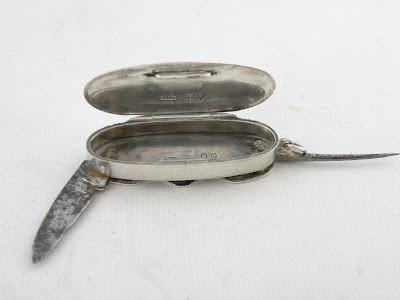 I have a theory that men have always loved gadgets.  Today it's the iphone or any number of electronic devices we show off to each other...."isn't this cool? " and such.   My theory is that that in the days before electronics men were similarly fascinated with cool multifunction objects they could carry in their pockets.   Some of the combo ones are called compendiums and could have many functions:    coin holders, match boxes, hidden photo panels, snuff compartments, a compass, a whistle, writing tools, etc.

In this posting I'm showing devices that were primary used to carry matches.  In the UK they were called Vesta Cases and in the US, match safes.  They carried matches that were the predecessors to safety matches and were lit by being struck  against a serrated surface, often built into the case.

My interest in these has something to do with my liking for hidden chambers, doorways, panels, trick boxes and that sort of stuff.  The joy of the unexpected.  Applies to gadget (or system) walking sticks too, which will be the topic of a not-too-far in the future posting. 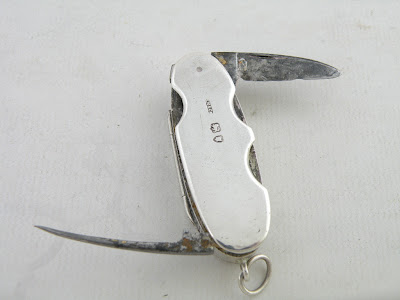 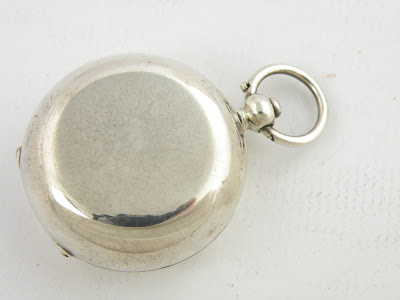 This one is simple. Only one function, but quite elegant. 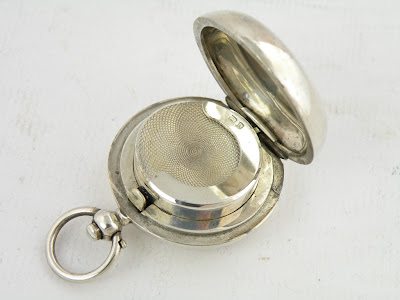 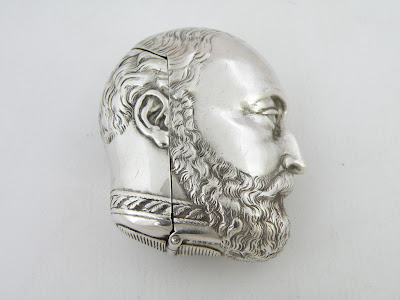 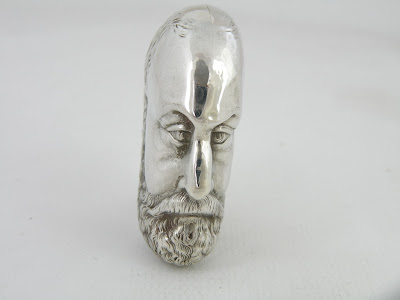 Apparently the Prince had a very narrow face. 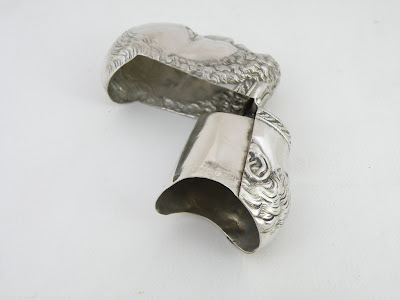 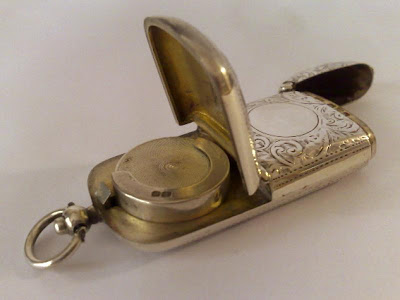 These are examples of vestas combined with coin holders (or sovereigns). 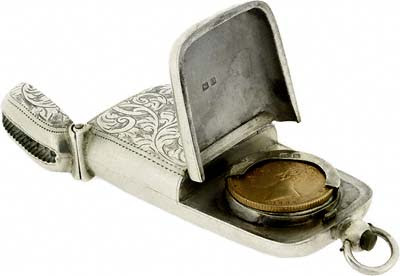 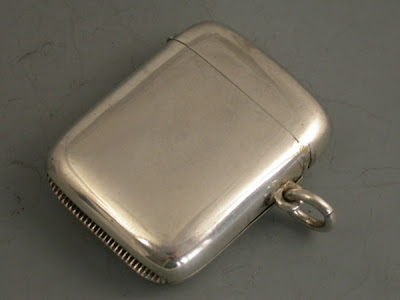 This one is quite beautiful.  It is plain in appearance on the outside, but there is photo hidden beneath a fold out panel.  You can see also that the bottom has the serrated edge against which a match would be struck. 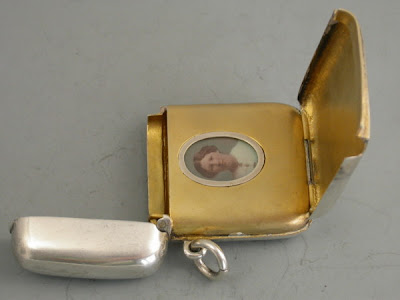 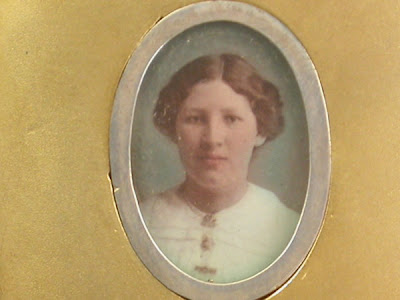 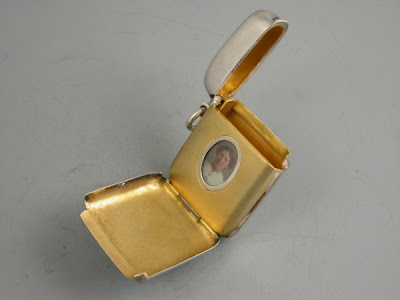 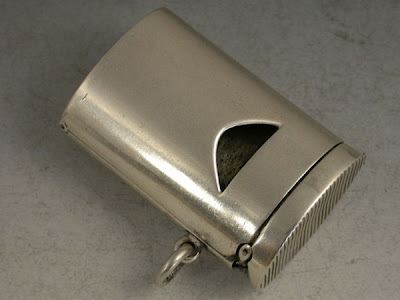 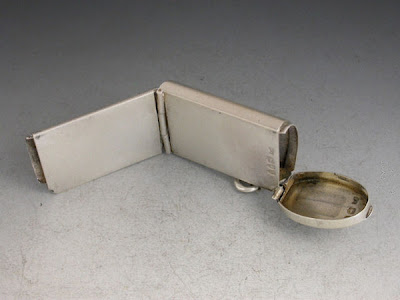 This is a combination vesta case and whistle from 1894. The top lid provides the striking surface. 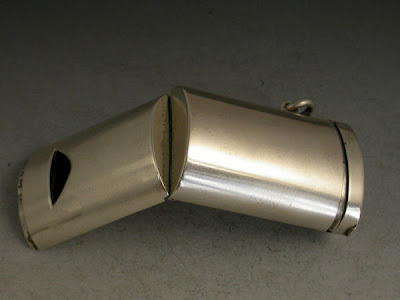 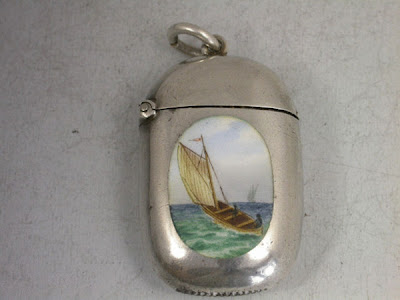 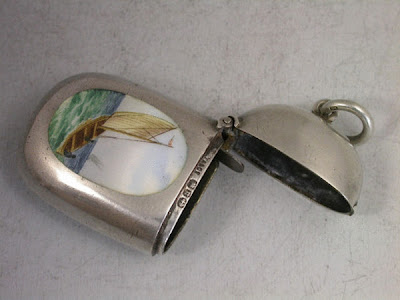 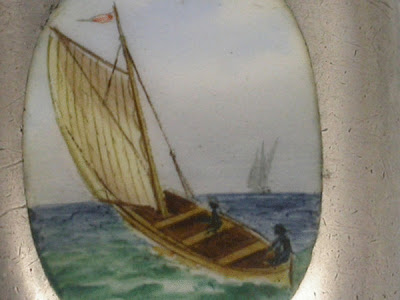 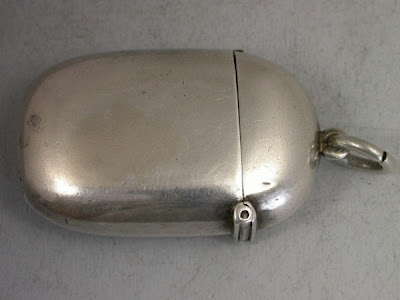 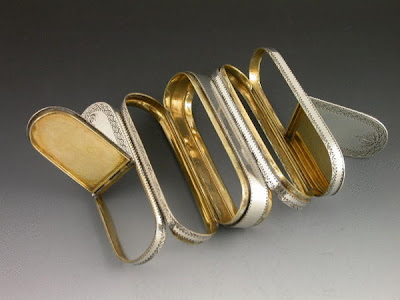 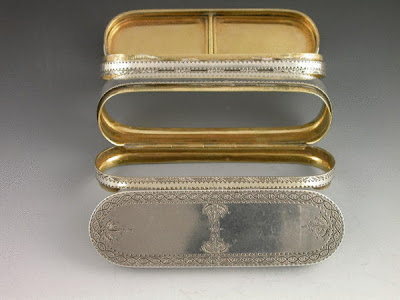 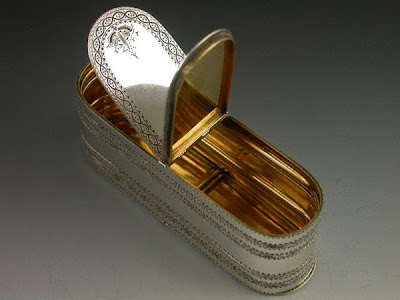 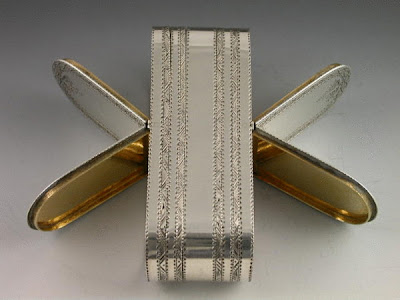 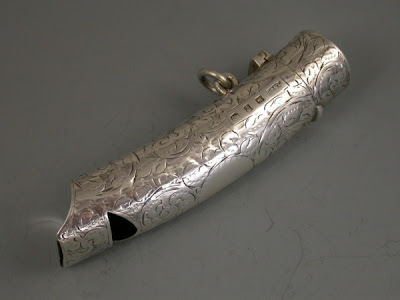 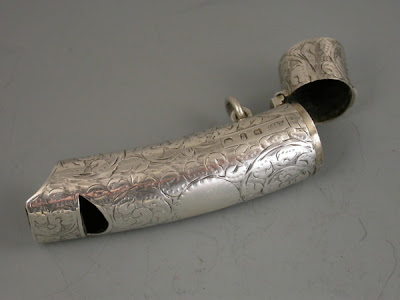 This one is on the site of Steppes Hill Farm Antiques, which is where I found several of the pieces for this post.