Models and Circuses.  Seems natural that these passions would be combined, and in fact, there are many people who are obsessed with building these wonderlands in miniature.  The most famous, and the largest is the Howard Brothers Circus Model,  housed at the  Ringling Circus Museum’s Tibbal’s Learning Center at The John and Mable Ringling Museum of Art in Sarasota, Fla.   And for you aspiring circus model builders, there is an organization called Circus Model Builders, which has been around since 1936. 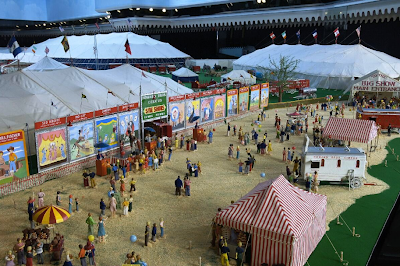 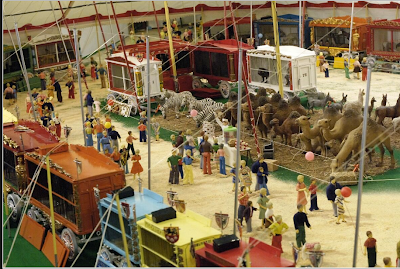 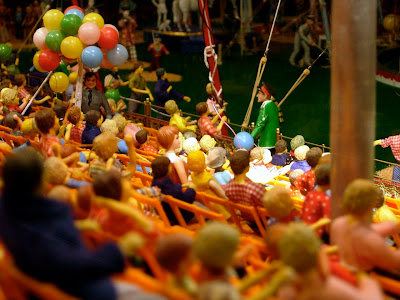 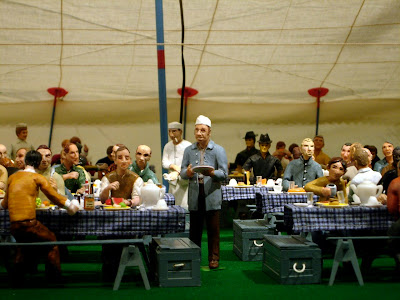 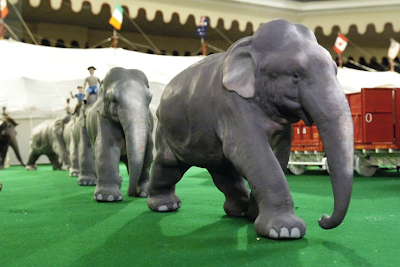 Musee Mecanique model (San Francisco)
(if you want to hear a creepy snippet of music and laughter, go to the Musee Mecanique's  website) 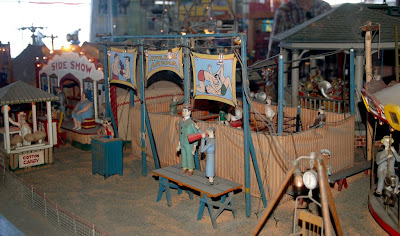 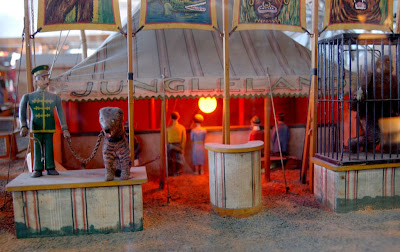 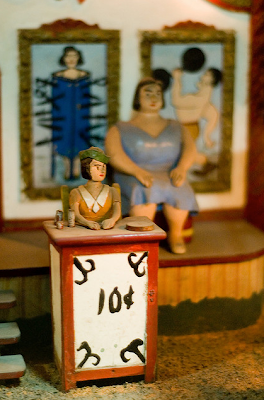 One more thing....
This is a model/Christmas ornament made by the interestingly named "Mr. Christmas" company, which makes a whole line of fun fair type of kistchy novelties.  Its not something I'd usually want, but I bought one because I think they got the scale, layout, and feel right.  Its well lit and there are interesting moving pieces in the fore and back grounds.  It comes with music!  Some Christmas music, and then some standards.. one of them, "The Entertainer" is completely off.   They got about 75% of it right... some would say this adds to the charm.  I like to keep the sound off, and use the piece for mood lighting. 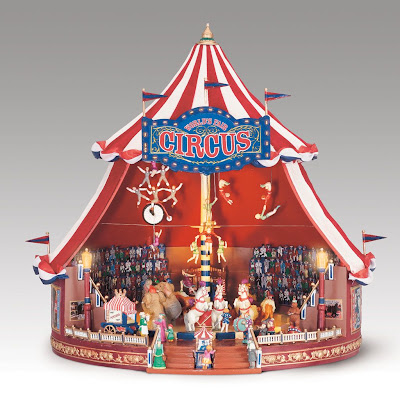