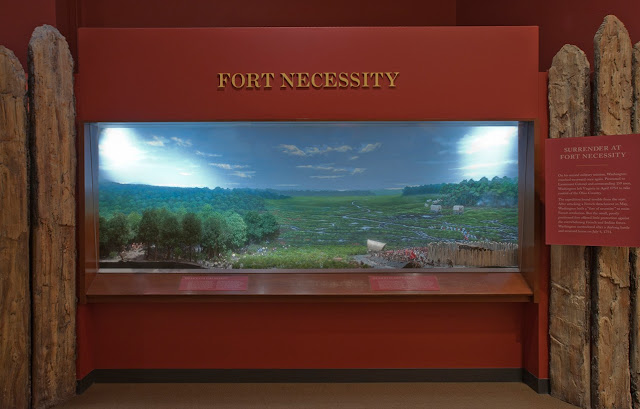 For you cats that are interested in the American Revolution, this is from the mountvernon.org site (the home of George Washington). It commemorates a battle  in Pennsylvania,which took place on July 3, 1754, was an early battle of the French and Indian War. It resulted in the surrender of British colonial forces under Colonel George Washington, to the French and Indians, under Louis Coulon de Villiers. Washington's great moments were yet to come.