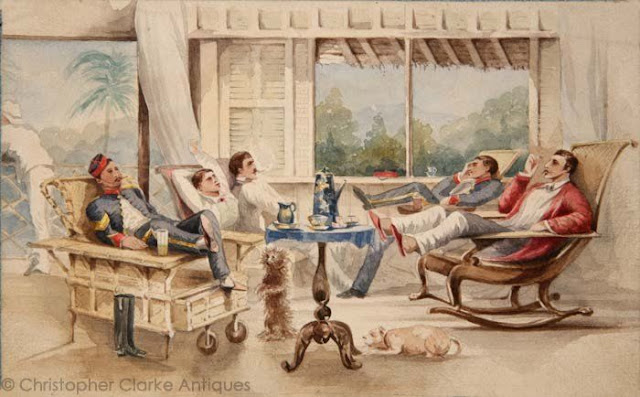 After working on the previous post, on British campaign furniture I looked more closely at some of the art work shown on Christopher Clark Antiques.

I know these people were at war, but based on the furniture and the paintings, they always seem to be living the good life. vParticularly in the above painting: Soldiers lounging around in bright, clean uniforms and smoking jackets,  in comfortable chairs being served tea while surrounded by exotic plants and animals (yes, that animal on the left on its hind legs...what is it?)  Probably had or will have some brandy and cigars to round out the afternoon.   (Of course I'm conveniently ignoring all the unpleasantries, deaths, maimings and nuisances of war and the plights of the non-officers, but to do so would be less romantic).

Here are some images, paintings and charts. 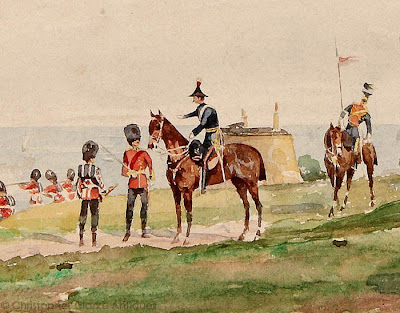 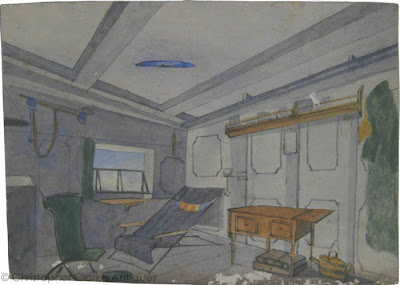 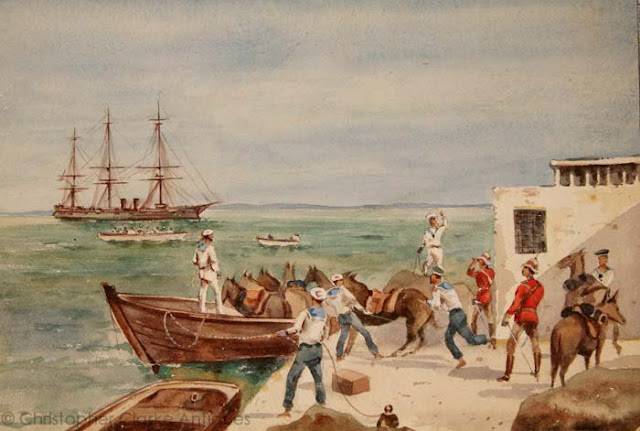 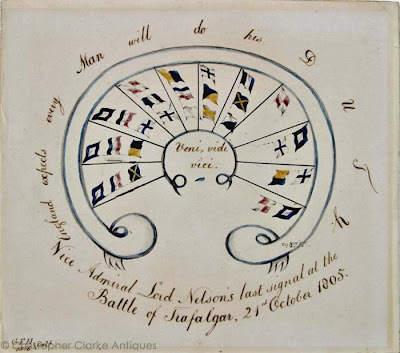 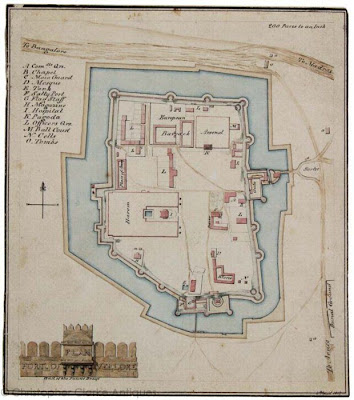 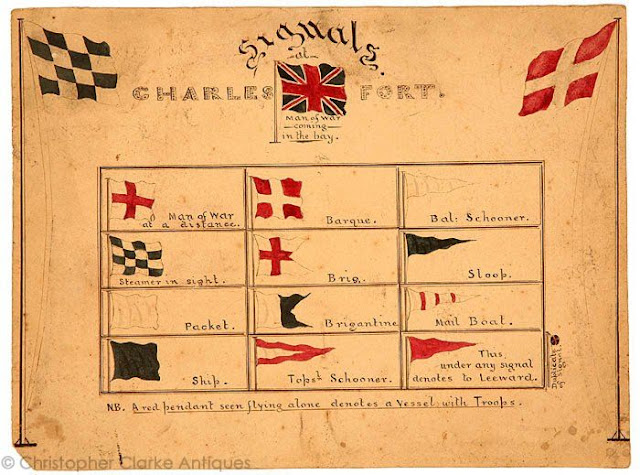 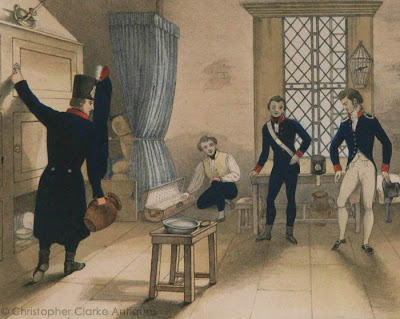 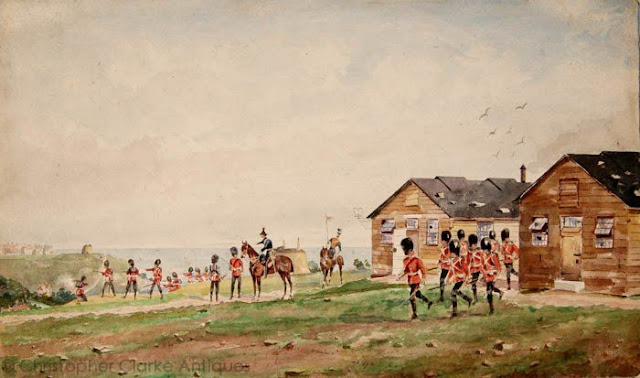 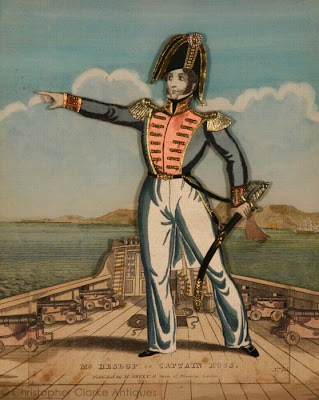