Can you guess what's inside this box? (Before scrolling down) 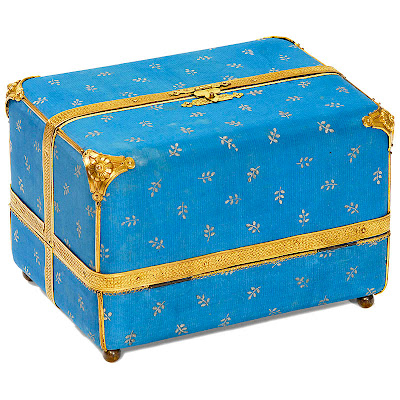 If you guessed  (and I imagine some of you did as it is rather obvious ) that it is a rare French musical sewing necessaire automaton from 1890 that has a key- wind, two-air cylinder movement,  and was at one time possessed by the British royal family, you would be correct.   See the more detailed notes  and photos below, which are from liveacutioneers.  There was a video on that site, but it looks like it was removed. Too bad.... I would like to see how the pieces move. 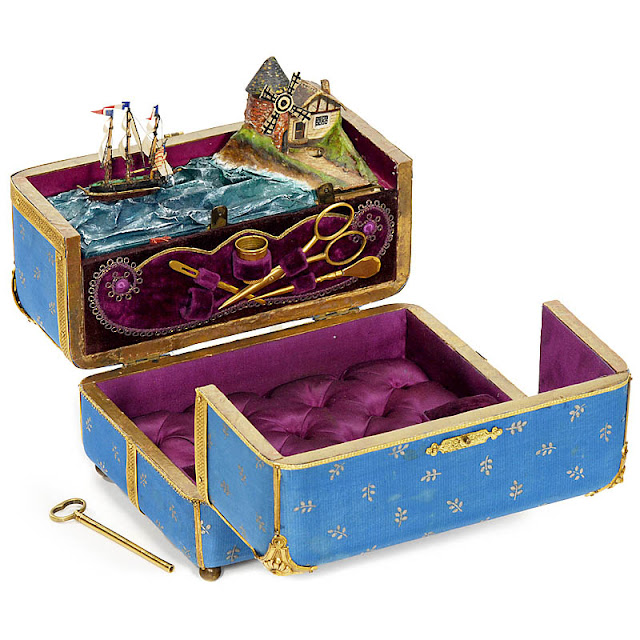 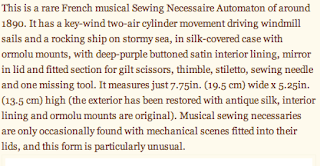 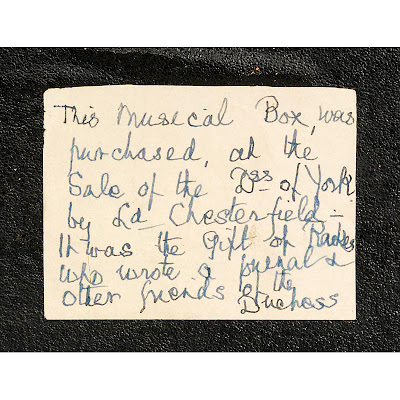 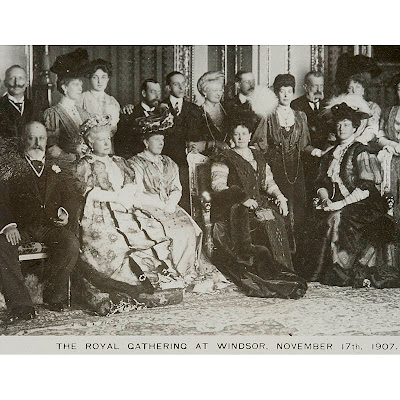 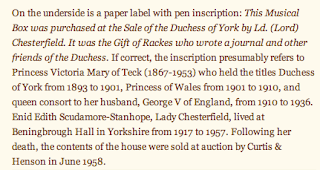