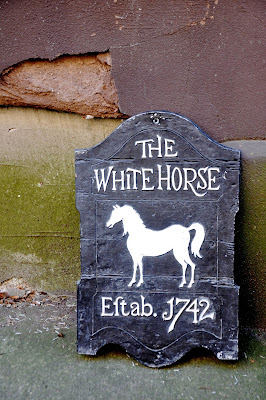 I came across this sign a few years ago. I thought it was for the famous White Horse Tavern in my neighborhood in NYC (It's the second oldest bar in New York City and Dylan Thomas is said to have died shortly after having a few too many drinks there), but it is actually for White Horse Scotch Whiskey.  The sign is metal and has a good weight.  After deciding to do a post I googled around and found some great White Horse merchandise. 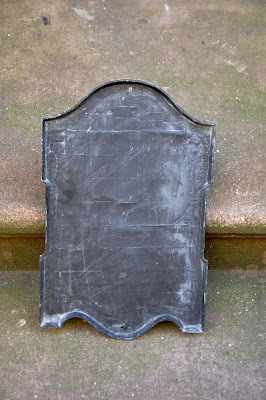 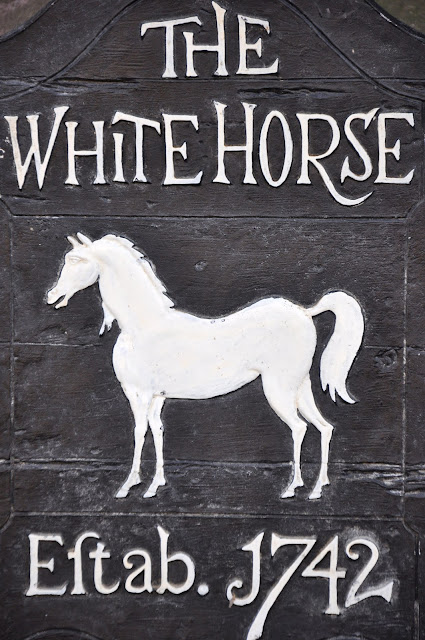 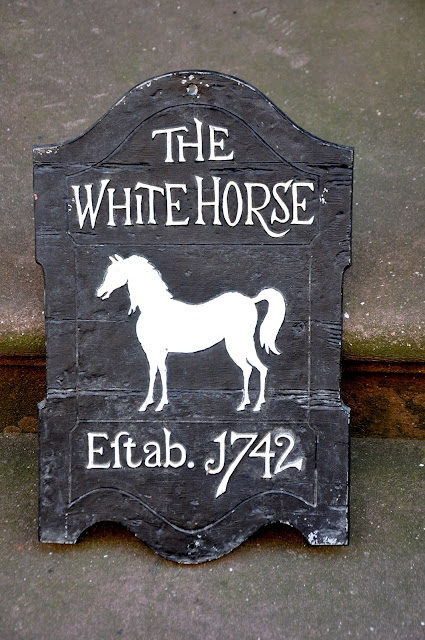 Some White Horse merchandise courtesy of the web. 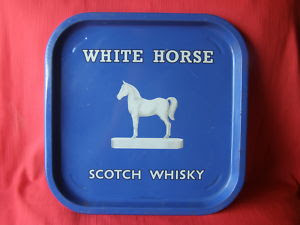 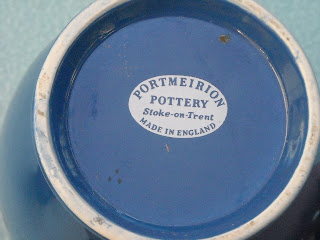 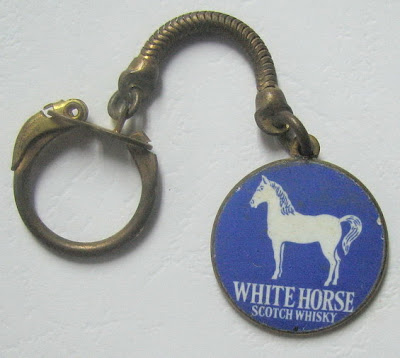 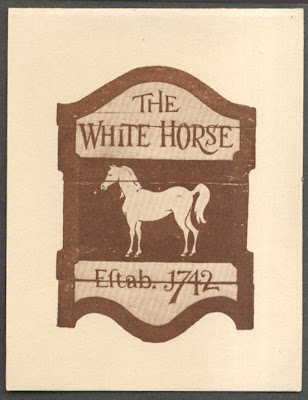 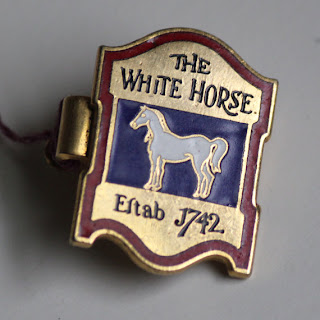 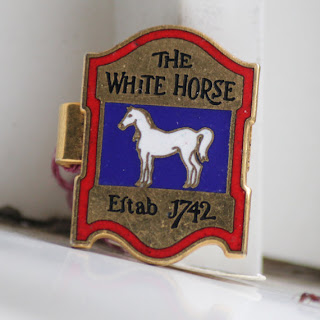 Is this the campiest advertisement ever or what? ! 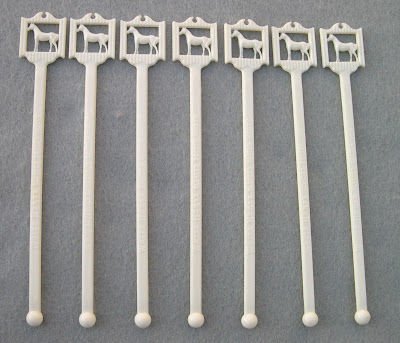 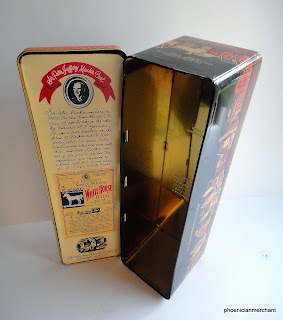 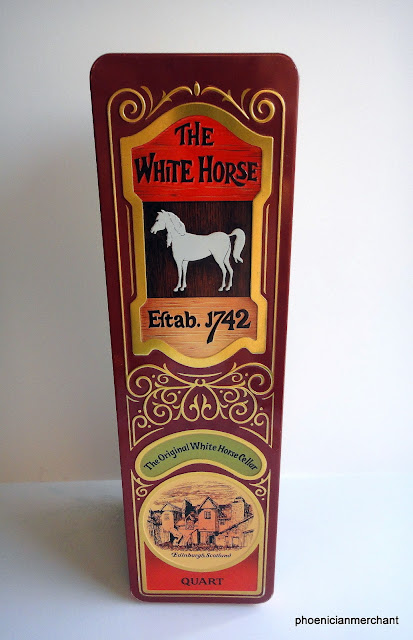 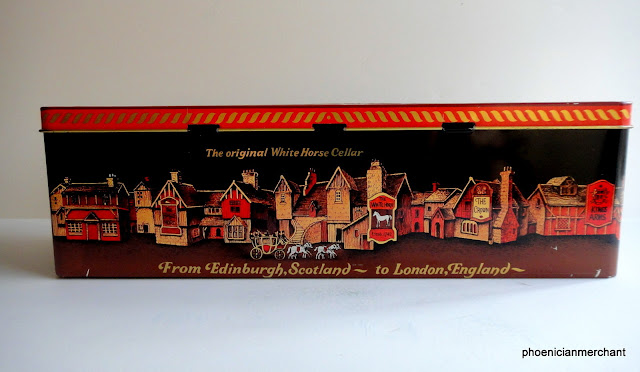 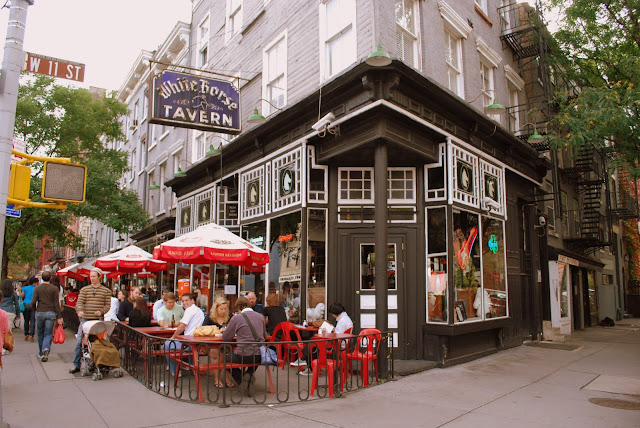 The White Horse Tavern in New York City, one of my favorite places. 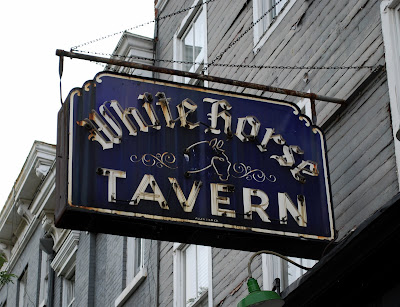 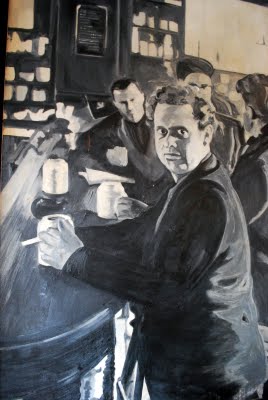 Painting of Dylan Thomas hanging in the White Horse.   The Irish poet is said to have had 18 whiskeys before leaving for the Chelsea Hotel and then to St. Vincent's Hospital where he died on November 9, 1953 at the age of 39.
Posted by Tom Casesa at 7:11 PM