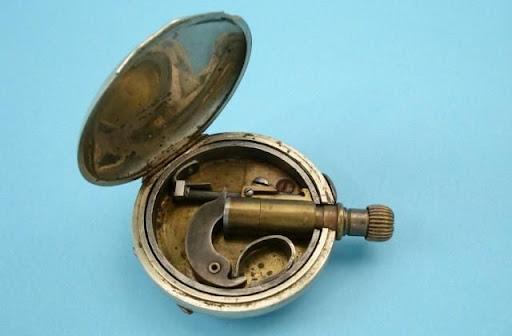 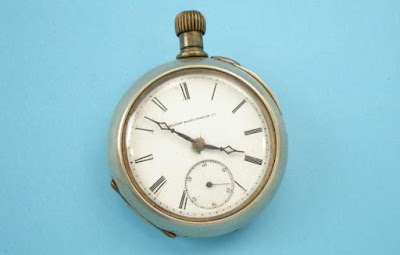 I'm a lover of contraptions, and for hidden things and stuff with dual (or more) purposes.  Look how many things guns have been shoved into.  Sometimes called spy guns, they are very cool contraptions.   I found these at Dark Roasted Blend. 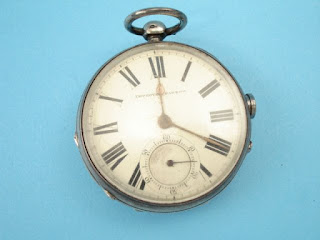 Time to get out of the way! 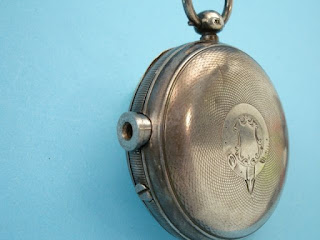 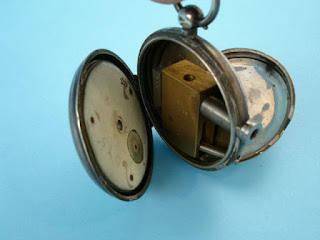 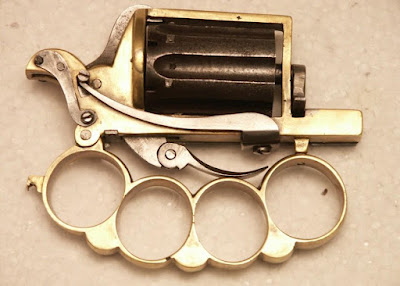 Ok, brass knuckles AND a gun AND a knife.  Have fun. 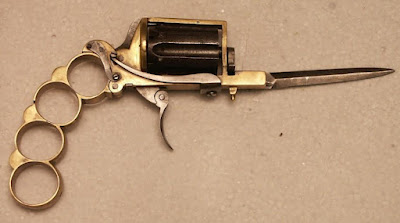 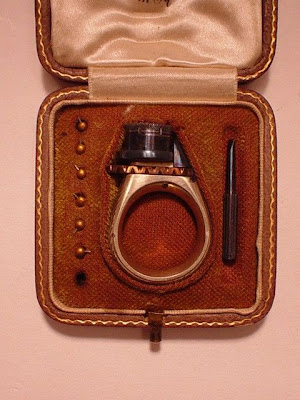 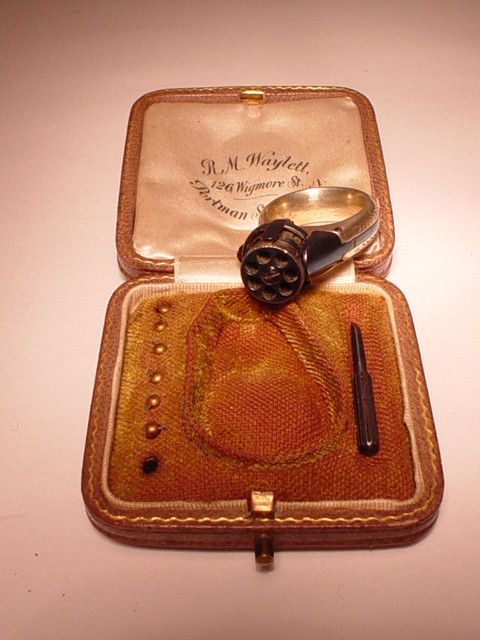 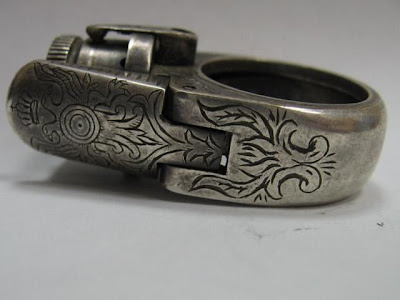 Another ring.. beautiful one. 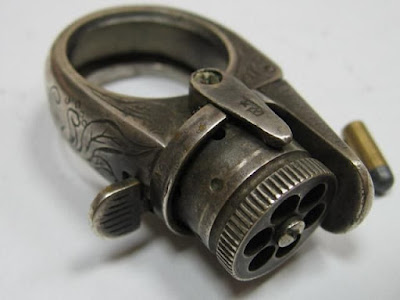 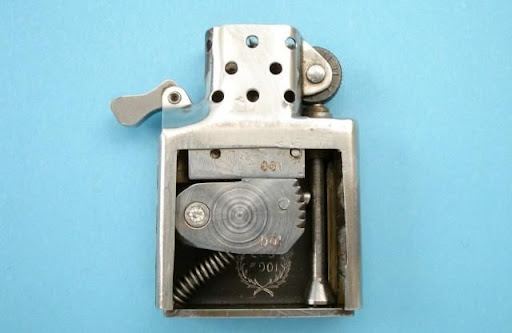 Wow, a well packed lighter.. don't forget to pick up some flints and some bullets. 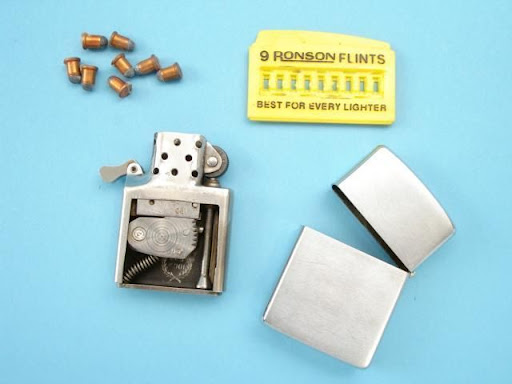 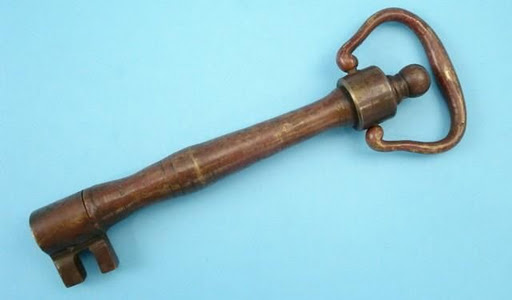 This looks cool even as just a key. 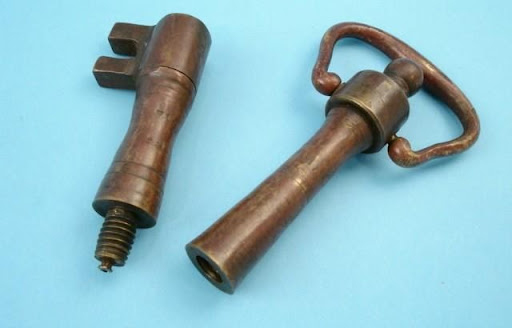 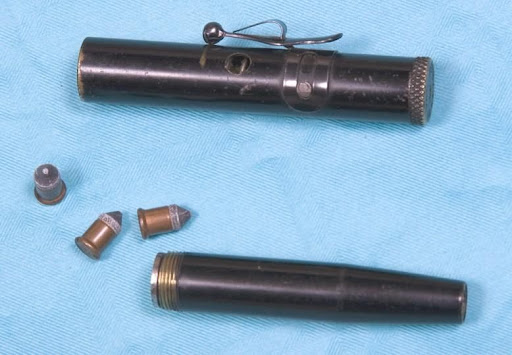 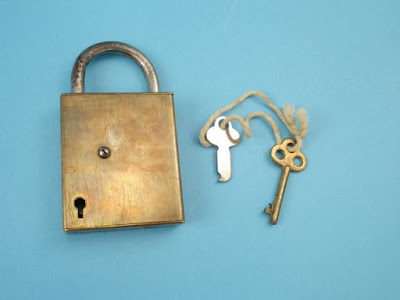 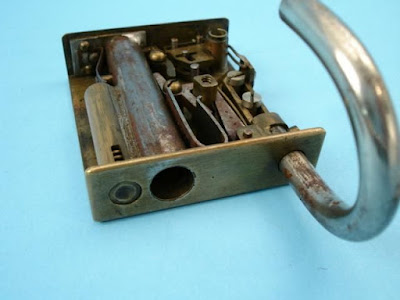 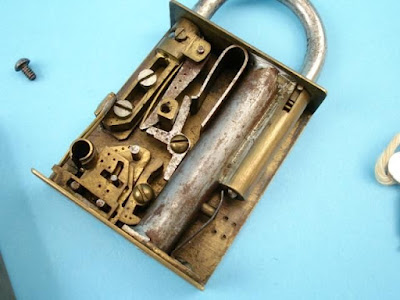 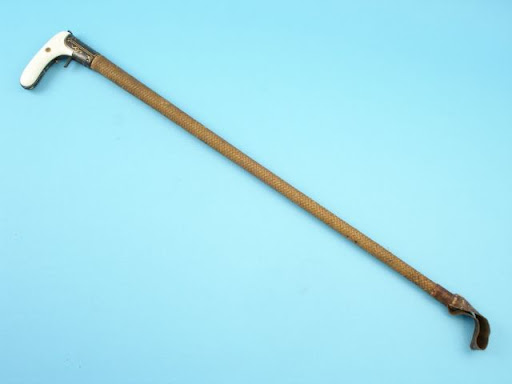 Gun canes were pretty common.  Not as common as sword or other blade types though.  I've been doing a lot of research into gadget canes or system sticks, which are amazing objects.  I will do a posting on them sometime soon. 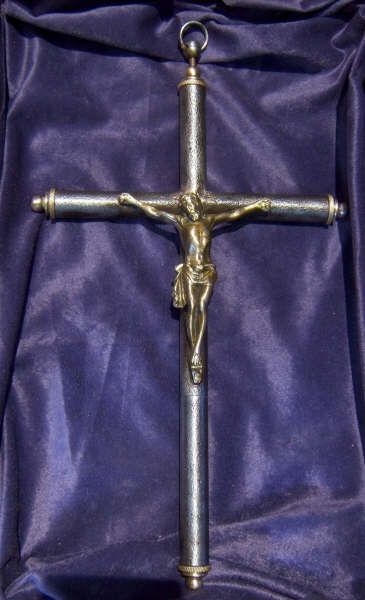 For the more religious of you. 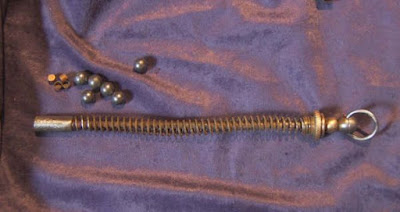 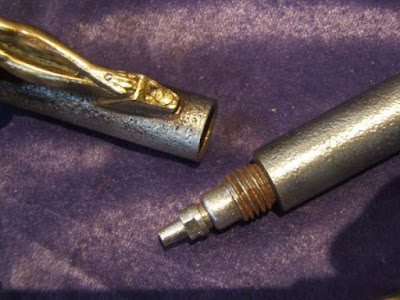 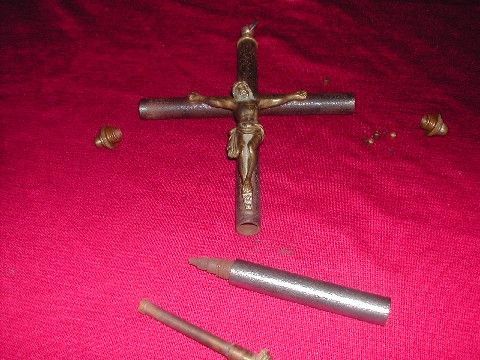 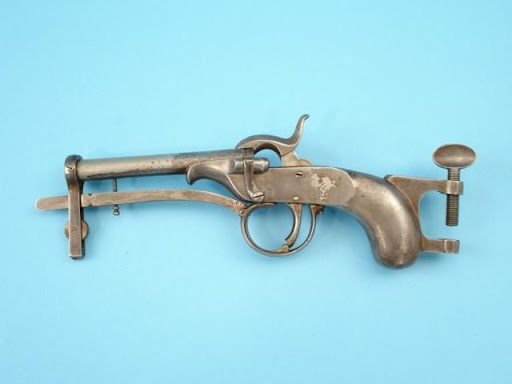 This one's right out of a detective story... a booby trap pistol.  You clamp it to a stationary object (screw on rright of picture) then tie string from the pistol to a door and when it opens, the fun fires. 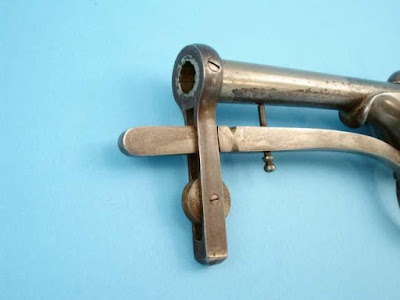 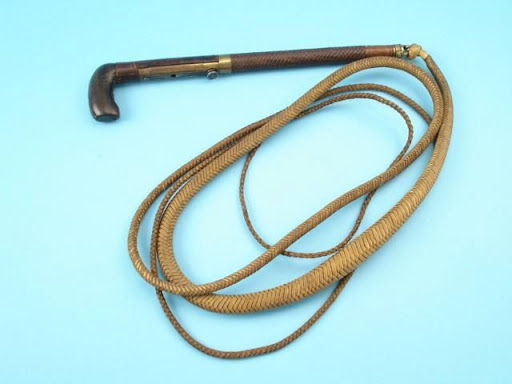 Ok, who would want a whip without a gun?  That would just be boring. 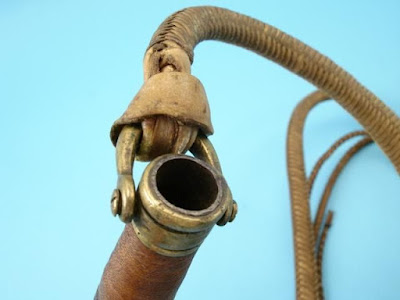 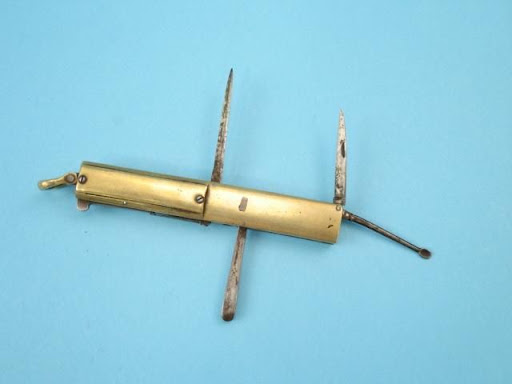 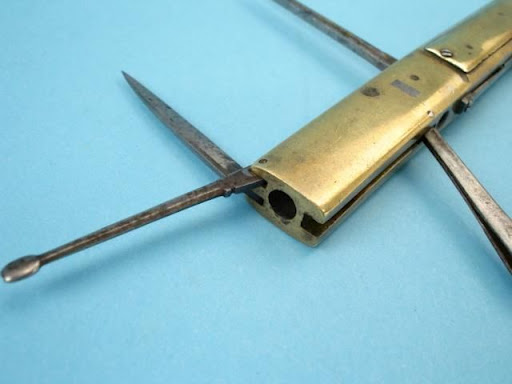