I wouldn't mind having a few of these.  They are cut and assemble dioramas with art work from  Matthew Kalmenoff who worked at the American Museum of Natural History as a diorama background painter from the 1950s through the 1970s.
It looks like there were several versions of these books which were published by Courier Dover Publications in the 1980s.   I've presented a few of them here, including the one immediately below, The African Wildlife Diorama, which has a picture of a young child who does not seem very happy at all with his diorama.  They couldn't find a more excited kid?! Or slipped him some candy for a smile? 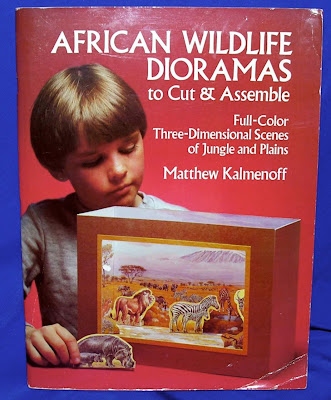 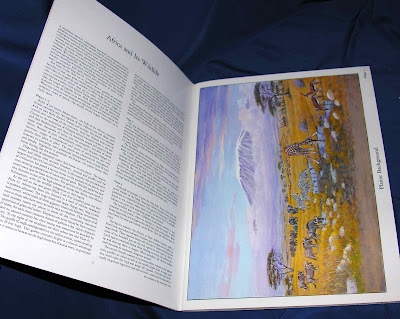 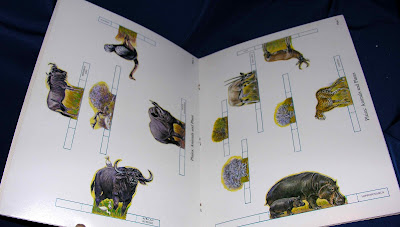 Others in the series: 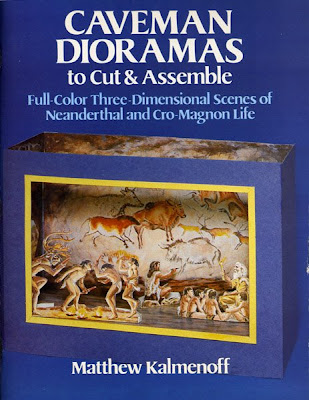 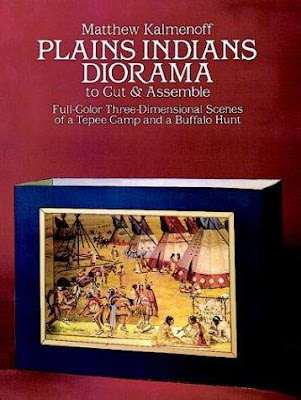 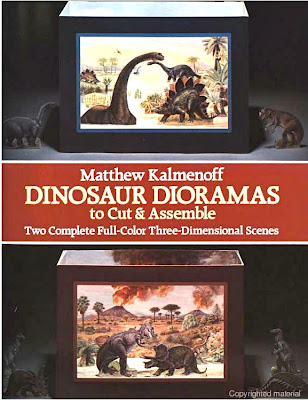