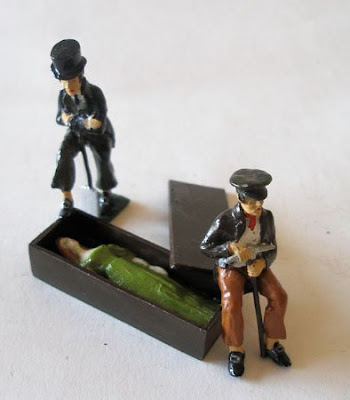 The Burke and Hare murders (also known as the West Port murders) were serial murders perpetrated in Edinburgh, Scotland, from November 1827 to October 31, 1828. The killings were attributed to Irish immigrants William Burke and William Hare, who sold the corpses of their 17 victims to provide material for dissection. Their purchaser was Doctor Robert Knox, a private anatomy lecturer whose students were drawn from Edinburgh Medical College. Their accomplices included Burke's mistress, Helen McDougal, and Hare's wife, Margaret Laird. From their infamous method of killing their victims has come the word "burking", meaning to purposefully smother and compress the chest of a victim, and a derived meaning, to quietly suppress.  (from Wikipedia). 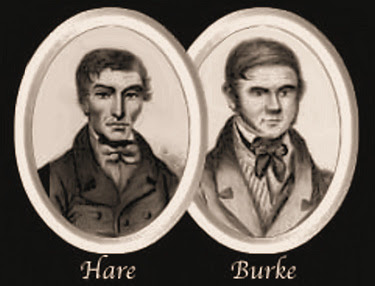 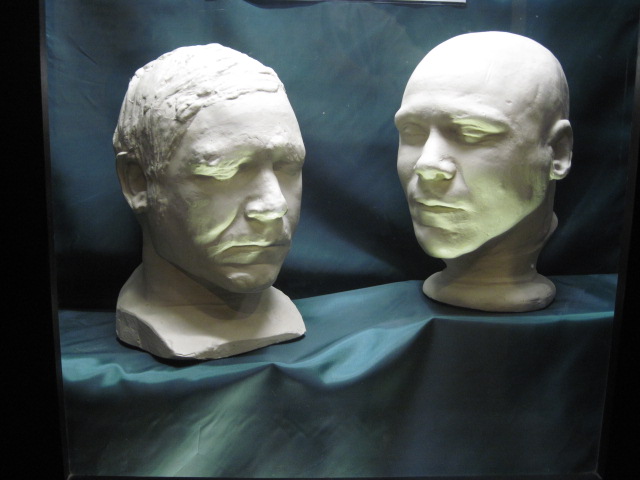 These are believed to be the life and death masks of Hare and Burke.  Hare's cast is thought to have been made during his trial, and Burke's after his death by hanging.  These are on display at the Inveraray Jail, which looks like an interesting place.  From reading what the museum posts on its site, it is unclear how authentic these particular masks are, although it does not seem to be disputed that masks were made. 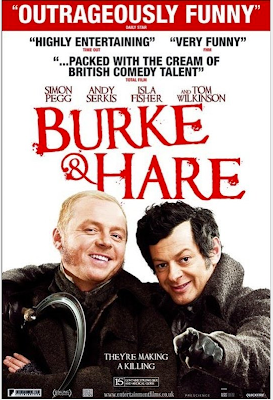 In 2010 a movie was made about the pair, called, unsurprisingly, Burke and Hare.  It is described as a black comedy and was well received.  It's on my list of rentals.