Schoenhut is an old toy company founded by German immigrant Albert Schoenhut, who set up shop in Philadelphia, PA to sell wooden toy pianos.  The company is still around today, and is still producing toy pianos.  It is also known for making the Schoenhut Circus which was a huge hit when it was introduced in 1903, and is today prized by collectors.  (Posting coming soon).  By scouting around the web I found a great site run by a collector who is an expert on these toys (see the All About Toys Schoenhut history page).

Teddy Roosevelt's post-Presidency trip to Africa in 1909 was big news at the time.  So much so that Schoenhut came out with a toy playset based on the adventure.  It was produced from 1909 - 1912.   Roosevelt's trip was sponsored by Andrew Carnegie and travelling with him were legendary hunters,  trackers  and naturalists of the time.  The purpose of the trip was to bring back specimens for the Smithsonian Institute and for the American Museum of Natural History. 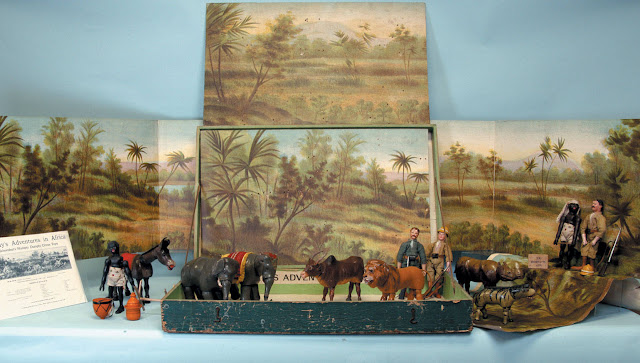 The above playset sold at auction in November 2008 for $34,500. Source: Bertoia Auctions.  Click the photo to enlarge and see details. 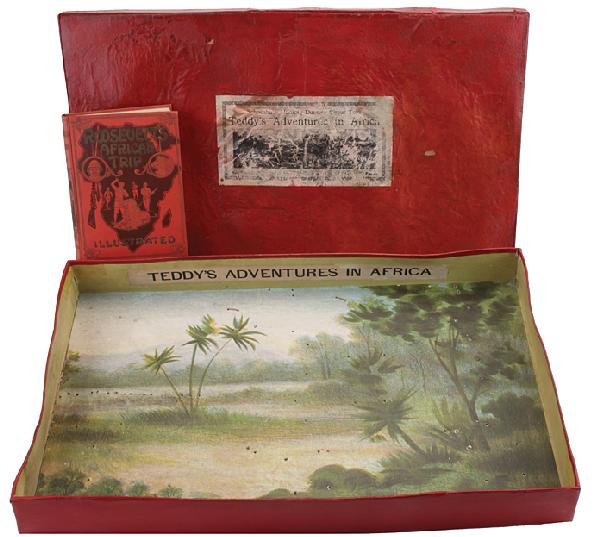 Photos below courtesy of Jim Sneed from Old Wooden Toys 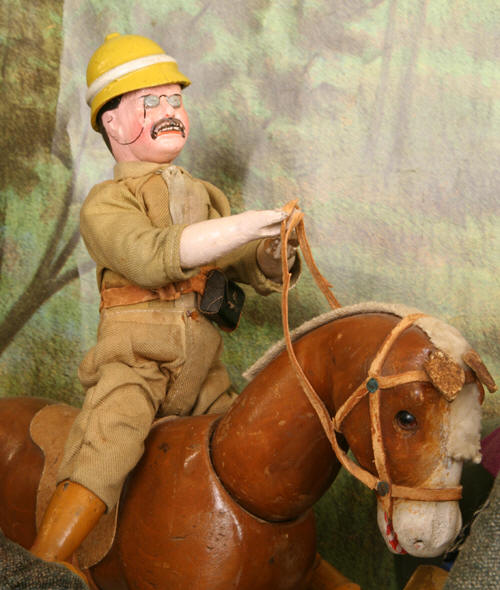 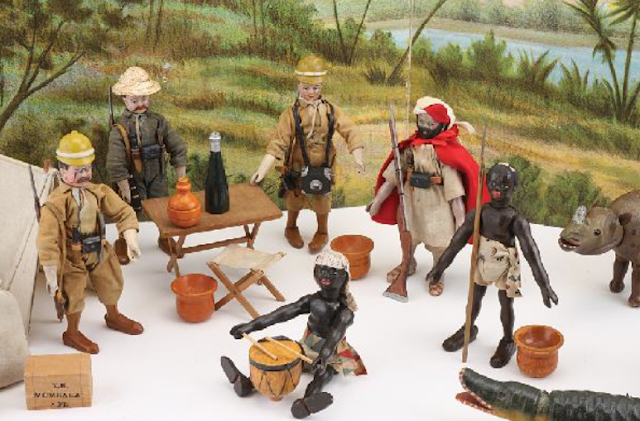 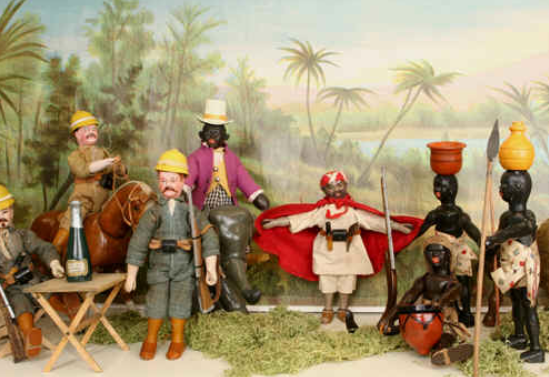 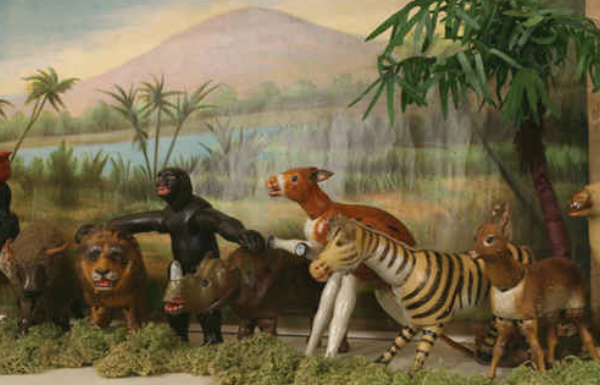 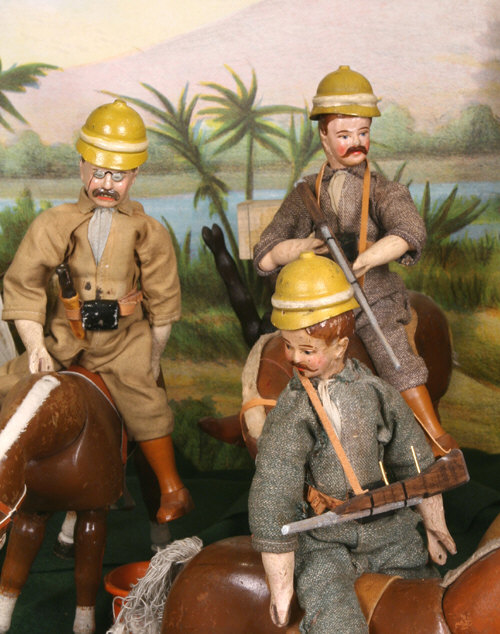 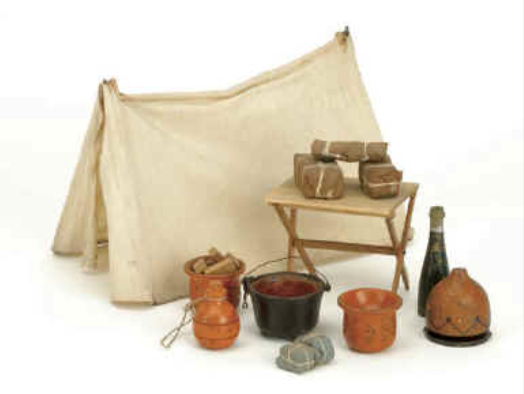