Windows on Nature - the habitiat dioramas of the AMNH

One can't have a blog about dioramas without mentioning the outstanding dioramas at the American Museum of Natural History in New York City.  Generations of children, including me, grew up with memories of school trips to see the dioramas.  The AMNH set the standard for habitat dioramas.

Several years ago I  got to see these from an insiders perspective when I was a teaching volunteer at the museum for a period of time.  To learn more about these dioramas, check out Windows on Nature.  It tells the story of how the dioramas came to be, and it has lots of great photographs. 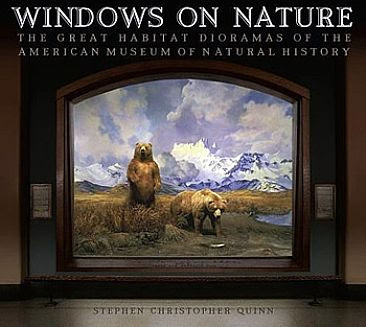 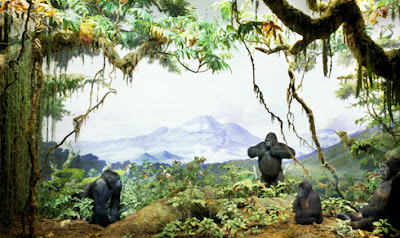 Mountain Gorilla (Akeley Hall of African Mammals) - These specimens were obtained by famed adventurer and taxidermist Carl Akeley, from what was then (1921) the Belgian Congo.   The scene shows a silver back and his family on Mt. Mikeno.  This experience resulted in Akeley becoming a strong proponent for the gorilla and its habitat.  Five years later on an expedition to the same place Akeley was in failing health, and died.  He was buried, as was his request, on Mt. Mikeno.  There are some photos of Akeley further down on this post. 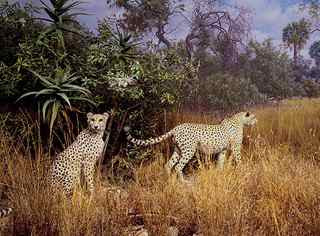 Cheetah (Akeley Hall of African Mammals)  This shows a pair of cheetahs near the south bank of the Zambezi River in Mozambique.  To see more photos of cheetah's (including a kill)  see this blogger's photography website, MorningImage.com. 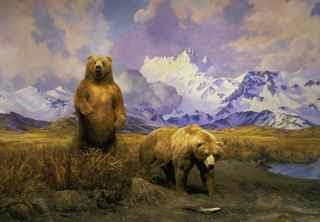 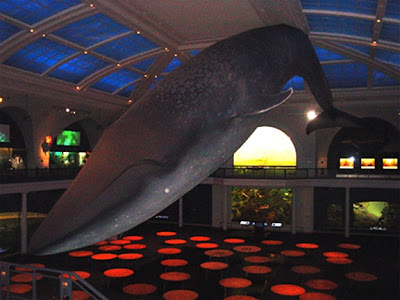 The ninety-four foot, twenty-one-thousand pound blue whale model in the Millstein Hall of Ocean Life.  (photo by Tom Casesa, MorningImage.com).   It was first put up in 1969 (when science knew much less about these creatures) but received renovations in 2003 that more accurately depicted the whale. (They modified the color and added a navel, which was missing on the original model).
Some of the best shots are those of the exhibits during construction.  You can see the whole set of photos at the AMNH Research Library. 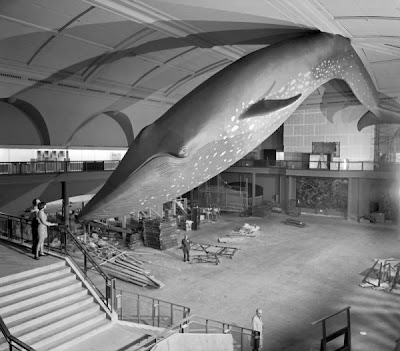 Placement of the blue whale in the Hall of Ocean Life. 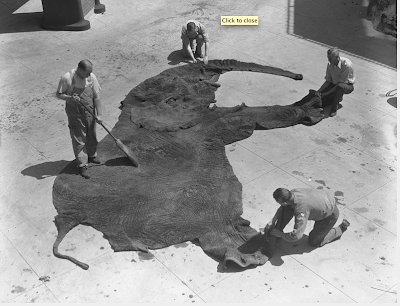 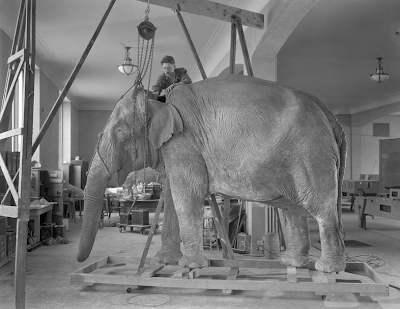 The final stage of assembly: attaching the head to the body. 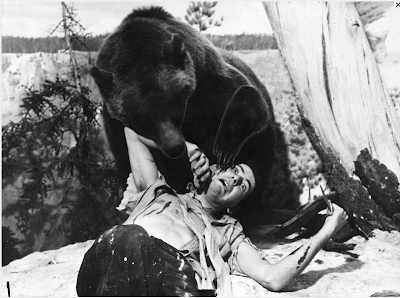 Prank photo - This photos was taken as a joke.  It shows Raymond DeLucia, a young recent graduate from the Yale School of Fine Arts, who was serving as a foreground painter for the museum.  DeLucia is posing under a female grizzly bear (Hall of North American Mammals). The photograph caused a lot of headaches for De Lucia with the museum's management when it was circulated (without his knowledge) and ended up being printed in a prominent magazine of the day. 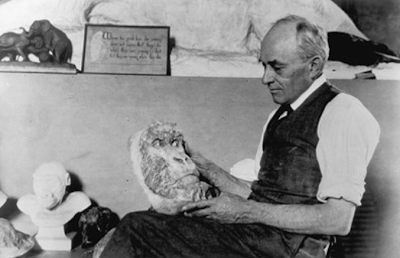 Carl Akeley holding a cast of a mountain gorilla's face. 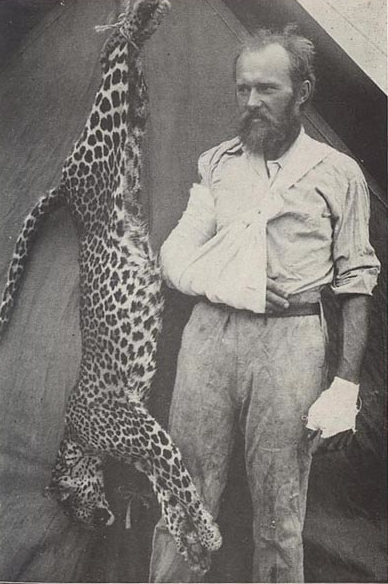 A younger Akeley posing in 1896 with the leopard he killed with his bare hands. "They ended up fighting it out to the death...literally, hand-to-hand combat with a leopard," says Akeley's biographer, Jay Kirk. Read more.
Posted by Tom Casesa at 1:51 PM