Keeping with the theme of the previous post, here are some dioramas of Moby Dick, the classic whaling novel of adventure, obsession, and revenge, written by Herman Melville (1819-1891) in 1851.  The book is a bit esoteric and was not well received at the time it was published.  It was only several years after the author's death (during the Melville Revival, starting around 1917) that it received its due recognition as being a masterpiece. 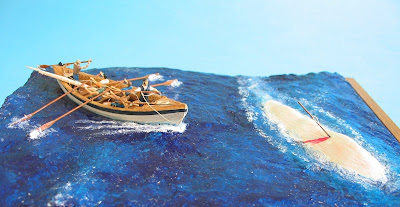 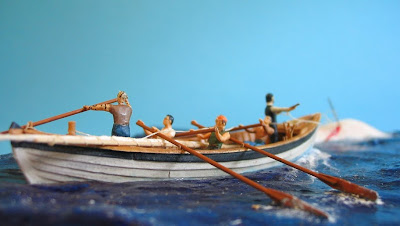 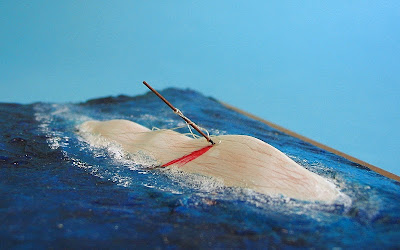 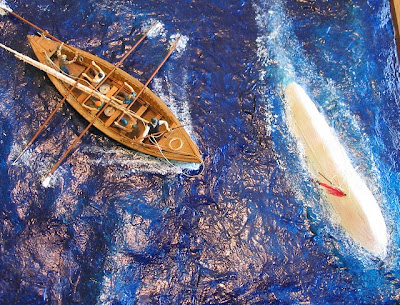 This diorama, built inside a light bulb, was made by someone calling himself Daydreamer 4. 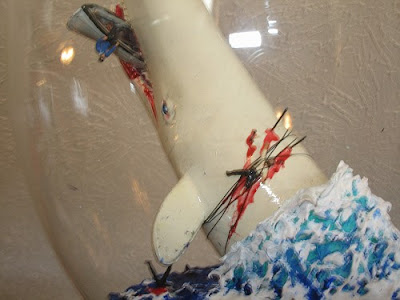